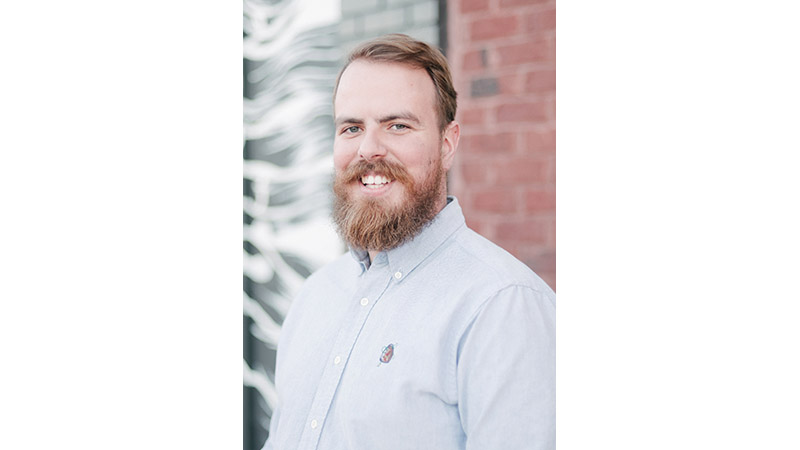 Blake Phillips found his way to Farmville by way of Longwood University when he took the job as a campus minister with InterVarsity Christian Fellowship at the university.

Today, Phillips lives on the North Shore of Boston, Massachusetts, with his wife but says that he is looking forward to visiting Farmville soon.

“I love Farmville because it is the ‘big city’ of South Central Virginia,” Phillips said. “It is small enough to be considered a small town but large enough to have plenty of things to do.”

Currently, Phillips is studying full-time as a Master of Divinity student at Gordon- Conwell Theological Seminary, which was founded by the evangelist Billy Graham.

Phillips, a 2016 graduate of Old Dominion University, says some of his favorite spots in Farmville are the High Bridge Trail and Three Roads Brewing Company. “I love Baine’s Books and Coffee too when I can make it over to Appomattox,” Phillips said.

Now that Phillips is living in Boston, he says he misses the sense of community that he had while in Farmville.

“I could walk around downtown Farmville or Longwood University and unexpectedly see friends along the way,” he said. “I miss the spontaneous conversations.”

Phillips said that he is learning to love his new city and is exploring the area every chance he gets. “I enjoy running outdoors, especially if it is a scenic route, so I am exploring the city of Boston as well as the surrounding cities and towns,” he said.

As he works his way into the ministry, Phillips says he gives all the credit for his success to God, his wife, and his mom.

“They are my motivation and the ones who continually ground me,” Phillips said.

From the Ground Up: The other holiday plants

Serving it Up — Great Local Cocktails