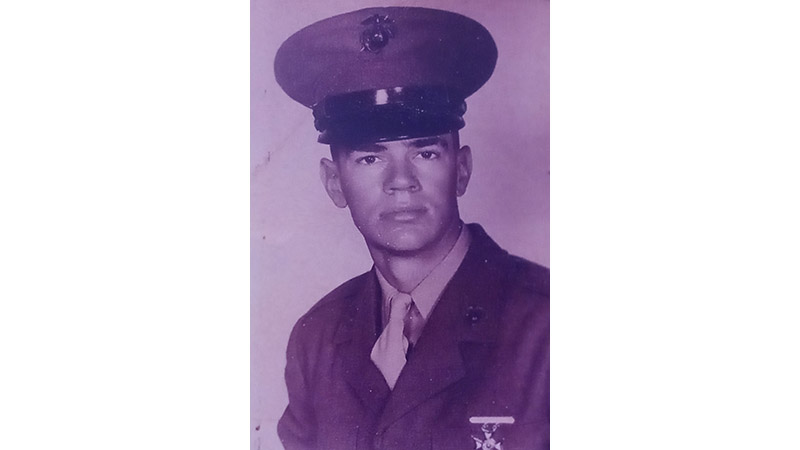 Virgil Chick doesn’t think of himself as a military hero.

“I don’t have any hero stories for you,” the 76-year-old Chick said near the end of an interview recently. “I was just there, you know.”

Chick joined the military in 1963 after quitting school just to have something productive to do. He ended up in Vietnam where he helped serve his country and thankfully was one of the more than 2.7 million soldiers who made it home alive.

“I quit school, and I was hanging around home,” he said. “I kept getting hints to do something. Finally, one day my sister took me to the Federal Building in Richmond. I was talking to different recruiters. The Marines sounded the best, so I signed up.”

The plainspoken Cumberland County resident said if he had it to do over again, he would have chosen a different branch of service.

“After I got in, I thought I would learn more in another branch,” he said.

He said he would likely pick the Air Force or the Navy if he could make the decision again.

While in Vietnam, Chick spent much of his time on Chu Lai Beach where the Marines had a military base from 1965 to 1970. The base featured an airfield. Chick used amphibious landing crafts to make the transition from landing boats to the beach.

“It was a pretty beach,” Chick said. “Prettier than the ones in the U.S., I thought.”

The only injury he received during the war was two broken fingers from dropping an oxygen tank on his hand.

After his time in Vietnam was up in 1966, Chick came back to the States and finished up his service at Quantico, working on track vehicles and tanks.

After the service, Chick spent some time working for Richmond Steel and then went to work at the shipyard in Newport News.

He came to Cumberland in the early ’70s.

The Louisa County native said he saw an ad in the newspaper for a house for sale in Cumberland and bought it. That is where he has been ever since.

“I moved there for one year because everywhere I had been I stayed for about one year,” he said. “I stayed there (in Cumberland) for 50.”

After moving to Cumberland, Chick took a job traveling around the U.S. building storage tanks. He built tanks for paper mills, oil fields and chemical plants until he was 58.

Chick said one of the most coincidental things that happened when he was in Vietnam was running into a high school classmate while coming out of a restaurant in Saigon.

“Halfway around the world and you run into someone you know,” he said.