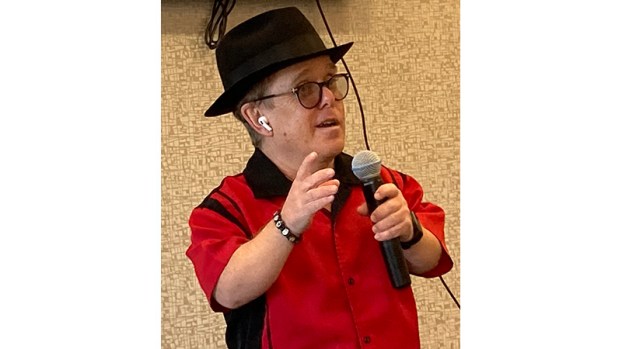 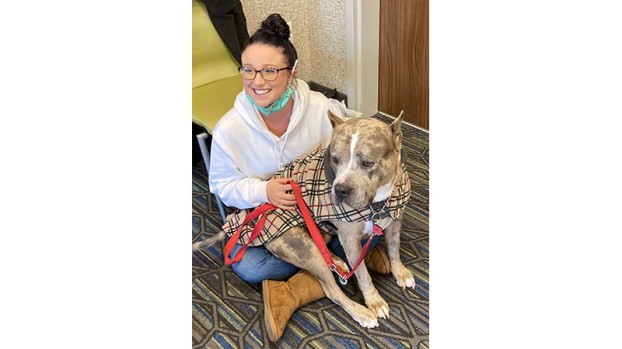 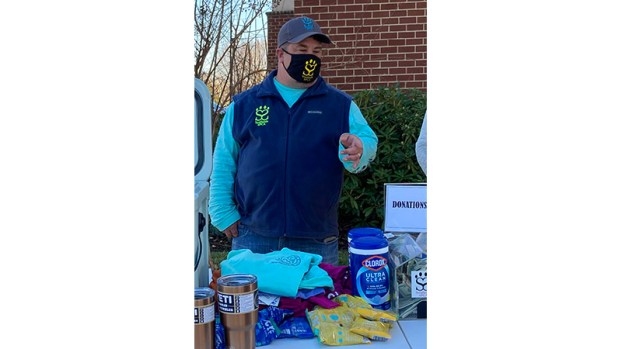 SPCA supporter Steve Smelcer said the he hoped the event could return to its more typical fundraising event next year. Typically, the event brings in around $20,000. 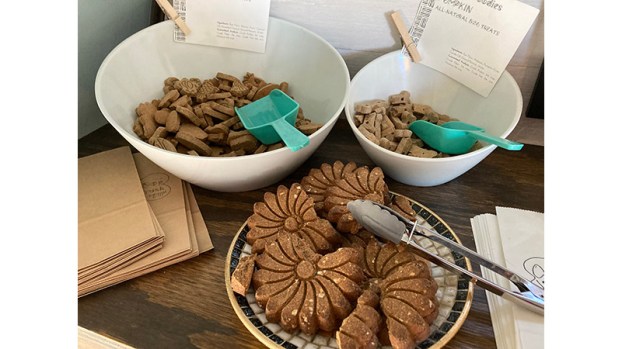 The food truck for dogs was filled with unique dog treats. Haley Lewandowski, the owner/operator of the dog truck, said she works with local bakeries in Richmond who supply many of the treats. 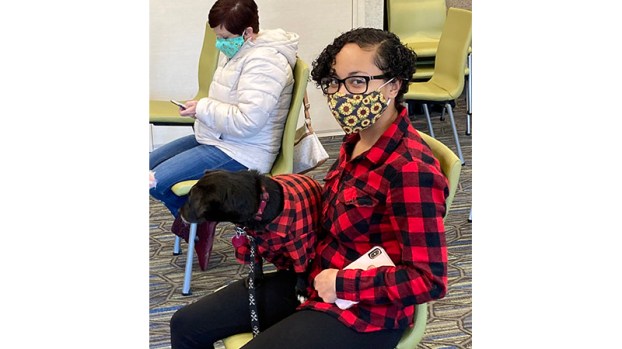 Victoria Love and her dog Dakota dressed alike in red checked flannel to attend Sunday’s SPCA fundraiser. Love is from Blackstone and has been volunteering for the SPCA since she was 8 years old.

The two-day event raised more than $8,000 for the organization. Event organizer and local SPCA supporter Steve Smelcer said he expected to raise around $5,000 during the two-day event which was held this year without the annual gala and lower-than-usual attendance due to the pandemic.

“With what we are dealing with, if we could do $5,000 this year, that would be a great thing,” Smelcer said Sunday before he knew the group had surpassed the $8,000 mark.

Those who gathered Sunday heard from the star of the TV show “Pit Boss” on Animal Planet. Rossi, a champion of the pit bull breed of dogs, presented a program defending the breed and advocating against breed-specific legislation in state and municipal governments.

Rossi talked about adopting his first pit bull in 2001 and saving her from being euthanized that day.

“Walking out of that facility, my whole world was about to change,” Rossi said of the experience. “I didn’t rescue her. She is the one that rescued me. That’s what got me slowly into the rescue work, into fighting for animal rights.”

In the hotel meeting room with dog owners and their pups looking on, Rossi detailed why he feels it is unfair for states and municipalities to single out the pit bull breed for specific legislation. Virginia is not a state that has specific regulations against pit bulls.

Rossi visited the local SPCA location Friday as part of an online tour of shelters across the country.

In addition to the program by Rossi, the SPCA held a silent auction and also sold SPCA-branded T-shirts, masks and other pet-related products. A veterinarian was also on hand to answer any medical questions pet owners may have. Sunday’s event was the second of a two-day fundraising effort. The donation drive was held at Haley Auto. Saturday’s special guests included Rossi along with Miss Virginia, Dot Kelly.

Sunday’s event even had a food truck specifically for dogs filled with snacks, treats and yummy things to gnaw on.

Hailey Lewandowski of Richmond said her own dogs were the inspiration for the truck. Being furloughed from her job as a result of the pandemic gave impetus to make it a reality.

Lucas said she was at an event with her dogs last year and realized there was no food or treats for the pups.

“I had it in my head forever and I never did anything, and March of this year I woke up one morning and literally was like, ‘What are you waiting for?’ and then COVID,” she said.

Smelcer said the event typically raises around $20,000 per year for the local SPCA. The lowered expectations were a result of the effects of the pandemic.

“We hope next year we can bounce back strong,” he said.