Farmville Police Chief Andy Ellington provided the Farmville Town Council with an update on flooding in the town Thursday, Nov. 12 at the beginning of the council’s monthly meeting. 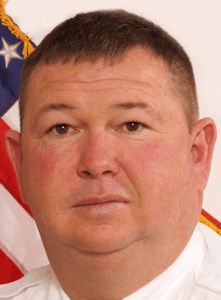 The closing of the Highway 15 North bridge at the Prince Edward-Buckingham County line and the Route 45 bridge means getting to Farmville is not easy and requires a long detour.

“We certainly expect that within the next two to three hours, we will be closing Fourth Street as well,” Ellington said. “Water is now coming into the municipal parking lot here behind Town Hall.”

Mayor David Whitus said he understands it has been at least 50 years since the Route 15 bridge has been shut down.

“It’s a really unusual circumstance and if you don’t have to travel tonight, please don’t travel,” Whitus said. “Don’t try to go through the water. It’s very dangerous.”

Ellington a report he received earlier said the river would crest at 7 a.m. Friday but was unsure if that was still accurate given the rapid rise seen so far.