“Failure should be our teacher, not our undertaker. Failure is delay, not defeat.

It is a temporary detour, not a dead end. Failure is something we can avoid only by saying nothing, doing nothing and being nothing.” — Denis Waitley

“Every adversity, every failure, every heartache carries with it the seed of an equal or greater benefit.” — Napoleon Hill

“Rejoice and exult in hope; be steadfast and patient in suffering and tribulation; be constant in prayer.” — Romans 12:12

Mell and I visited “Epworth by the Sea,” a retreat center in St. Simons, Georgia, named for the England boyhood home of John and Charles Wesley, founders of the United Methodist Church. The vision of “Epworth by the Sea” is to provide a Christian place where one might come and feel the same “reviving of the spirit” felt by the Wesleys so long ago.

We discovered several roadside plaques throughout St. Simons Island recognizing the contributions of John and Charles Wesley. Curious to know more, I visited a bookstore to see what local historians had to say about the brothers and their only visit to America.

In 1736, John and Charles accompanied General Oglethorpe from England to Georgia. Oglethorpe built a fort to provide protection for the settlers. John and Charles were to oversee the local church and fulfill their dream of witnessing their faith with Native Americans.

According to local historians the trip was a disappointment. “Although several illustrations show the Wesleys preaching to the Indians, they never actually did. After two months, filled with problems, disagreements and fights, the Wesley brothers abandoned hope of ever reaching the colonists and soldiers. Less than a year later, discouraged, Charles returned to England. Shortly afterward, John too would return with a parting comment, ‘It was not any apprehension of my own danger but with an utter despair of doing good there.’”

By all accounts the Wesley brothers’ trip to Georgia was a failure. So why would St. Simons honor them? Why name “Epworth by the Sea” after their boyhood home?

• “Failure isn’t fatal but failure to change might be.” — John Wooden

• “Only those who dare to fail greatly can ever achieve greatly.” — Robert Kennedy

One important part of the John Wesley story takes place while John was on the ship. There is an anonymous quote, “Without storms we seldom look for the light. Without storms we cannot grow.”

John and Charles Wesley faced many storms. John thought his mission was to preach to the Indians in Georgia, but that mission was a complete and utter failure.

There was a ferocious storm. The ship tossed erratically amidst the monstrous waves. John, feeling depressed already because of his failed mission, was heartbroken, seasick, and scared out of his wits. Yet, it was at this point that John’s life was about to turn.

While on deck, holding desperately to anything solid, John noticed several families near the stern serenely singing hymns. He could not believe it. How could they conduct worship and serenely sing while enduring such a terrible storm? Why weren’t they more frightened? John marveled at their faith and vowed to learn more.

Weeks after arriving home, John continued contemplating his own mess of a life in contrast to the people contentedly singing during the storm. One night he heard someone reading a commentary on the book of Romans and began to understand what he was missing.

“Since we have been made right in God’s sight by faith, we have peace with God.” As John heard these words describing God’s amazing grace, John would later write, “I felt my heart strangely warmed.”

The Wesley brothers’ failed trip to Georgia ended up being a catalyst that led them to form the Methodist movement which has become one of the larger denominations within Christianity. Saint Simons understandably takes pride in being the only area in America visited by the Wesleys. A trip that on the surface was a failure, yet this failure led to founding a movement that impacted and deepened the lives of millions of Christians.

What appeared to be a failure led to something greater. “Epworth by the Sea” stands as a place where I can pray and reflect on what it means to serve a God who continually turns failure into ministry.

“What is the point of being alive if you don’t at least try to do something remarkable.” — John Green

REV. LARRY E. DAVIES can be reached at larrydavies@vaumc.org.

The Word — Grateful for an abundant life through Christ 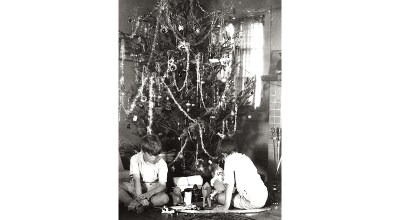