Our church participated in housing 65 homeless guests for a week. During that week, we provided a place to sleep along with breakfast and dinner. ... Read more

Years ago, our neighborhood was blasted with eighteen inches of snow. I was stranded at home, but it was nice to relax and enjoy the ... Read more 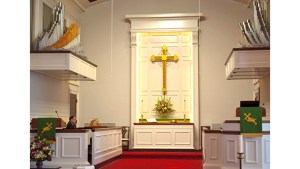 Mell and I love to visit “Epworth by the Sea” a retreat center in St. Simons, Georgia; named for the England home of John and ... Read more

Over the past few weeks, I challenged our congregation to take $10 and either multiply it and donate it to our Potter’s House mission for ... Read more

For me, Christmas used to start with lights – lots of lights. What can I say? I grew up in Virginia Beach, home of the ... Read more

One person not often seen in any nativity scene is the innkeeper. Often, he is portrayed as the bad guy who makes Mary and Joseph ... Read more

The story of the Wise Men by almost any account is strange. Most Bible stories are about the people of Israel. The Wise Men or ... Read more 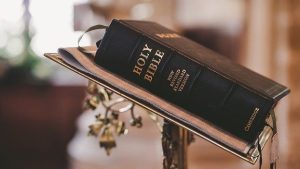 Sowing Seeds: Let’s take a look back at Christmas 1989

Do you remember December of 1989? News organizations broadcast live from the Berlin Wall as it came crashing down symbolizing the rapidly imploding collapse of ... Read more

Christians are not immune to financial problems. One article claimed the percentage of Christians declaring bankruptcy is roughly the same as non-Christians. Yet, in Matthew ... Read more

Anyone in the military, looking at this title: “Duty, Honor, Grace” would be tempted to correct me. The more familiar phrase is “Duty, Honor, Country.” ... Read more

Recently, I was asked: “Most Christians do not have an appropriate understanding and appreciation for the end times and the return of Christ. How did ... Read more

Sowing Seeds — Job: When we stumble

For a children’s message, I wanted to illustrate Job from the Bible losing his family and his possessions. I said, “At any time, your calm ... Read more

Chip Ingram wrote, “Good to Great in God’s Eyes: Ten Practices Great Christians Have In Common.” Two of those practices stood out for me: Take ... Read more

Zig Ziglar once told a story of an old-fashioned, fire-engine red, hand water pump. I have seldom used one but there was a time, if ... Read more

As we would say in the South, “I was raised right!” My family attended church off and on. Being a navy family, we moved frequently ... Read more

Sowing Seeds: A story about church bazaars and ministry

Mell and I often traveled to church bazaars. We enjoyed the atmosphere as well as meeting people at various churches I supervised. I also bought ... Read more

There is a parable about a wild goose shot down by a local hunter. Only wounded in one wing, the goose landed safely in a ... Read more

I’ve learned the hard way that helping opportunities are often unplanned and if you are not careful unnoticed. I share this story occasionally to remind ... Read more

I  was not looking for an opportunity to be a preacher. All I wanted was to purchase some mulch at Wal-Mart and go home but ... Read more

Sowing Seeds — Living at peace in a cat-kicking world

This story was originally told by my friend and mentor Zig Ziglar. I also want to say that no cats were harmed in the writing ... Read more

A  friend recently described tense moments while waiting for his wife’s surgery. He wrote: “It was ten o’clock at night and she was outside looking ... Read more

You don’t hear much about it anymore but during the 1960’s and early 70’s there was nothing cooler than surfing for someone my age. Surfers ... Read more

Sowing Seeds — Don’t hesitate: Take a ‘walk across the room’

“What if you knew that by simply crossing the room and saying “hello” to someone, you could change that person forever? Just a few steps ... Read more

Sowing Seeds — Evangelism? Not Me!

My home church supported a mission ship sailing to poorer countries offering free books, and other supplies. They also sponsored students who volunteered to do ... Read more