Catching Up With… Angela M. Jackson-Mapetla 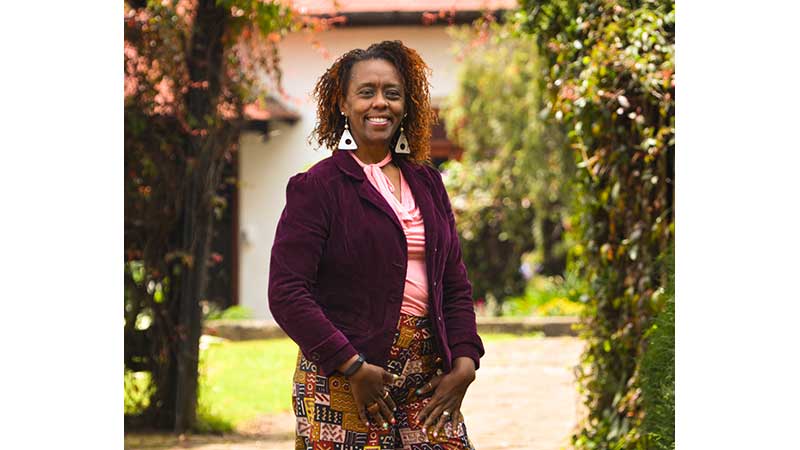 Angela M. Jackson-Mapetla, former director of residential and commuter life at Longwood University, spent many of her days in Farmville working with students on and off campus, helping students become citizen leaders who make positive contributions for the common good.

Originally from Lexington, Jackson-Mapetla is currently living in a small village community called Turi, Kenya, the smallest place she has ever lived, she says.

Today, Jackson-Mapetla works with children as young as 6 years old to begin developing their leadership skills in East Africa but says Farmville will always have a special place in her heart.

“I’m still in education, working as an admissions registrar for an International Christian British Curriculum boarding school called St. Andrew’s, Turi,” Jackson-Mapetla said. “We have over 600 students with borders starting at 6 years old to 19 years old, prep school, senior school and college, which is equivalent to the American elementary to high school with a year of AP or community college courses.”

When it comes to Farmville, Jackson-Mapetla, says every time she returns to the states for a visit to see her family, a stop in Farmville is a must.

“Even after living in East Africa for eight years, my family in Lexington know I will always need a few days to visit Farmville when I return to the states,” she said.

“In my adult life, I lived in Farmville longer than any other place. I remember when I came, I told my parents I would try it out, and if it didn’t work, it was only about 90 minutes from home, so I could just come home. Oddly enough, Farmville became a place for me always to call home.”

Jackson-Mapetla says she misses the Farmville community, seeing the town’s growth and development, but there are other things she misses as well.

“As a foodie, I miss Pino’s, Merks, and Bojangles,” she added. “I miss the Longwood Health and Fitness Center to work off the Pino’s, Merks, and Bojangles. I miss Town Council meetings and having a plate of Don Hunter’s food after the meeting. I miss being able to walk downtown to check out all the shops and to enjoy the newest art display in the LCVA windows. I miss being one of the few non-parents at LCVA children’s events but one of many community members at show openings and galas. I miss my church, Spirit of Life COGIC. I miss The Heart of Virginia, not the festival, although some fried pork rinds, funnel cake and homemade lemonade would be great, but the true heart of Virginia, which are the people of Farmville.”

Jackson-Mapetla said she owes her success in life to the Lord and her parents, Clayton and Rosetta Jackson, and to a willingness to work hard and serve.

“The Lord allowed me to leave corporate America and guided me to Farmville and Longwood, where I grew personally, professionally, and spiritually,” she said. “He then directed my path to East Africa nine years ago to serve on a mission trip with Longwood students in Uganda. Then He allowed me to return to Uganda for what was intended to be one year as a missionary with Longwood alum, Mallory Short (McCall), serving underprivileged children and families through DOORS Ministry. That one year has now become eight years living and serving in East Africa.”

Jackson-Mapetla says that her goal in life is for people to see the love and light of Christ through her, make a positive impact wherever she goes, and have fun and be fashionable all at the same time, always keeping in mind her quote, “Positive thoughts create positive actions, don’t let your mind go to waste.”