COLUMN — Barbara Johns should be honored with statue in U.S. Capitol

Barbara Johns’ story of courage and determination that began Monday, April 23, 1951, when the 16-year-old led a walkout of 450 students at Moton High School should continue to be told and immortalized with a statue in the U.S. Capitol.

Johns should be chosen by the Commission for Historical Statues in the U.S. Capitol to join George Washington as Virginia’s two choices for Statuary Hall. Washington founded a nation, Johns helped bring equality to its people. 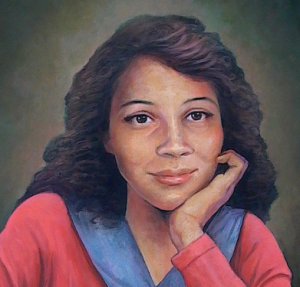 Through the great history of Virginia, there have been many citizens who may be worthy of a statue in the U.S. Capitol. George C. Marshall, Booker T. Washington and Oliver Hill have also been mentioned as potential choices, but arguably no one has had as large an impact on the American education system as Barbara Johns. The action also helped spark the Civil Rights movement coming four years before the Montgomery, Alabama bus boycott and nine years before the lunch counter sit ins in Greensboro, North Carolina.

The match she struck that day when the then 16-year-old school girl led her fellow students to walk out of their overcrowded, underfunded high school ignited a nation. As a result of her courage, a Supreme Court case ended school segregation and guaranteed equal public education for all. It was the beginning of a movement that would eventually bring about the Civil Rights Act and help end Jim Crow laws.

And yet, years later, there are many more miles to be traveled on this road to equality for Black Americans. The statues in Statuary Hall itself lend testament to just how far we have to go to recognize Black lives who have made significant contributions to our society. There are only two African-Americans represented in statues designated by states. The first one did not arrive until 2018 when Florida chose educator and Civil Rights activist Mary McLeod Bethune to be one of its two statues in the hall. Arkansas added Civil Rights activist and journalist Daisy Bates in 2019. Statues of Rosa Parks, Frederick Douglas, along with busts of Martin Luther King Jr. and Sojourner Truth were added to the Hall by Congress.

A 16-year-old school girl who stood up and said, “enough,” to the educational inequality she saw all around her is not only the story of Johns, Farmville and Virginia, it is the story we are living in America today as people across the nation stand up and say enough to police brutality, enough to filling our prisons with Black men, enough discrimination against African Americans in housing, employment and health care. Enough.

Johns’ statue in Statuary Hall will tell a story of a girl who was not satisfied with her assigned station in life, was not content to go along as thousands had before –  thinking nothing could be done about the situation. It will be a story as old as America itself of someone who had dreams of a better life and put everything on the line to make that dream a reality.

The selection of Johns would shout, “Yes, we can” to those who continue the struggle for equality today. It would provide a shining example of how someone of little resources and no social standing can overcome and change a society for the better. It would bring hope to those who watch another police shooting of an unarmed black citizen and fear change will never come. It will empower the young people of today who will look and see what Johns did as a teen to make a change for the betterment of the country.

There is no better example for a Virginia looking to shed the burdens of its past and move forward to a fresh, hopeful tomorrow than the story of Barbara Johns. Her statue and her story should proudly be included as a representative of Virginia, and all that it stands for, in the U.S. Capitol’s Statuary Hall.

Letter to the Editor — Flag rules arose due to Confederate Flag

Letter to the Editor — Stop the proposed dump, it’s not a done deal

Retaining our current businesses should be first goal