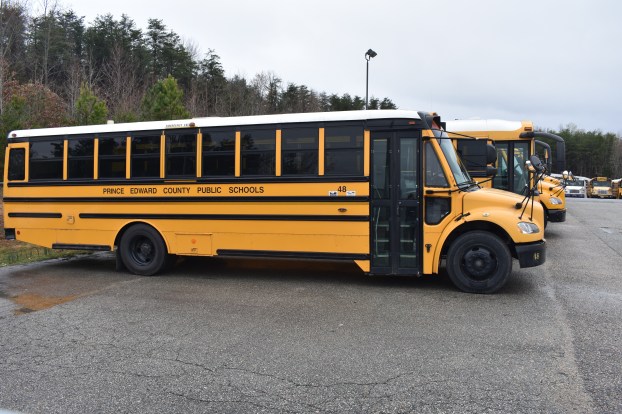 Area school buses will remain idled for at least the remainder of the academic year as the governor announced that schools would remain closed as a result of the coronavirus outbreak.

Virginia Gov. Ralph S. Northam closed public schools for the remainder of the year and put additional restrictions on businesses during a Monday afternoon, March 23, press conference from Richmond.

“Our priority is to save lives,” Northam said. “We have a health crisis, and we have an economic crisis, but the sooner that we can get this health crisis under control, the sooner our economy will recover. So I ask every Virginian to stand with me as we fight this battle.”

Northam said essential businesses, such as grocery stores, health services pharmacies, banks and ABC stores will remain open. Essential businesses still have the responsibility to adhere to the social distancing rules of no more than 10 people gathered together, and those people must remain six feet apart.

He said businesses such as bowling alleys, theaters, fitness centers and racetracks must close. Restaurants may remain open for curbside service and takeout only. Non-essential retail businesses may remain open if they can adhere to the social distancing guidelines. Gatherings of more than 10 people are banned.

The order went into effect at midnight Tuesday, March 24, meaning Wednesday, March 25, will be the first day the new rules go into effect. The measures will remain in effect for at least 30 days.

“I know that the next several weeks, the next several months will be difficult. This will require everyone to change the way that we live and the way we interact with each other,” Northam said. “We have not been called upon to sacrifice like this in many, many years, but I am calling on you to do just that. We must put aside what we want and replace it with what we need.”

As of Monday afternoon, Virginia had positively diagnosed 254 cases of the coronavirus with 38 hospitalizations and six deaths. The only positive case in Prince Edward County continued to be the Longwood student who tested positive shortly after returning from spring break. Buckingham and Cumberland counties had not had any diagnosed cases.

In a span of less than two weeks, Farmville has gone from being a two-college town to a no-college town... read more