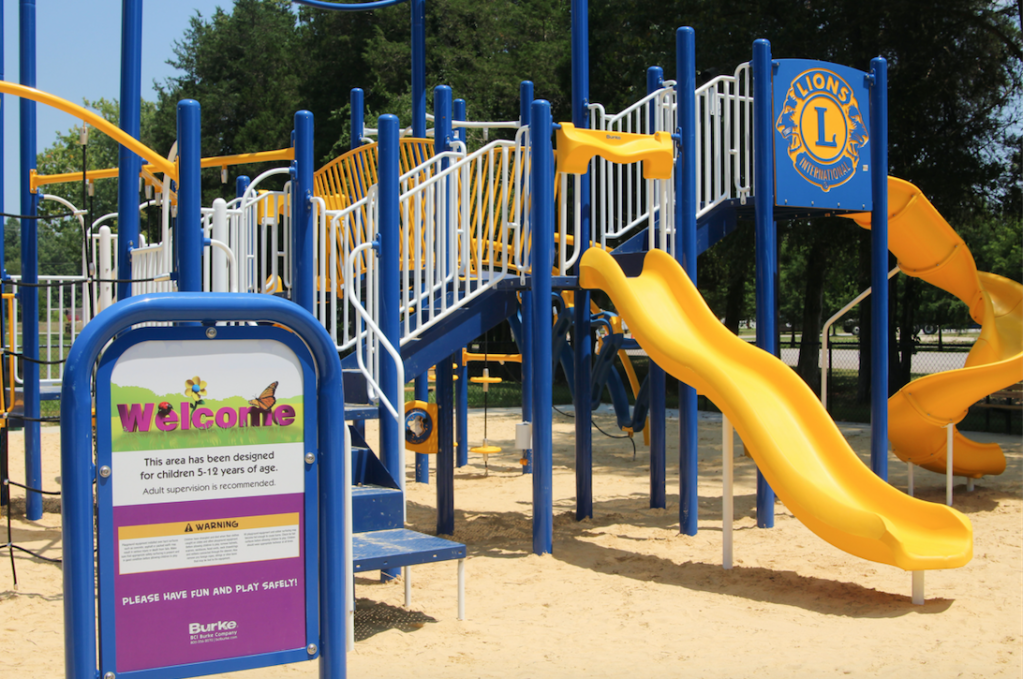 A new playground provided by the Farmville Lions Club is now open at Wilck’s Lake. Construction began in the spring by the Town of Farmville and was completed this month. A dedication ceremony for the playground will be held on Aug. 17.

After four years in the making, the Farmville Lions Club in partnership with the Town of Farmville has completed a new playground park at Wilck’s Lake.

According to former Lions Club President Greg Cole, who also represents Ward A on the Farmville Town Council, the club first began discussing the possibility of a playground project in 2015. “We were considering providing shade at an existing playground then we considered an addition to the playground near the library,” Cole explained.

In 2017, the organization made the decision to create a new playground and began working toward that goal. “The playground committee worked with the town manager’s office to identify a location for the new playground,” said Cole. “Having recently purchased the Wilck’s property, town officials and club members agreed that it was a perfect location.”

Cole said that funds raised by the club for the playground were achieved thought various actives over about a five-year period.

In 2018, the club applied for a matching grant from the Lions of Virginia Foundation. Having raised $32,500, the grant was awarded for the remaining portion.

In the fall of 2018, the Farmville Lions Club gave $65,000 to the town to purchase the needed playground equipment.

The playground which is located near the entrance of Wilck’s Lake Park on W. Third Street is currently open for play, and a dedication ceremony is planned for Aug. 17.