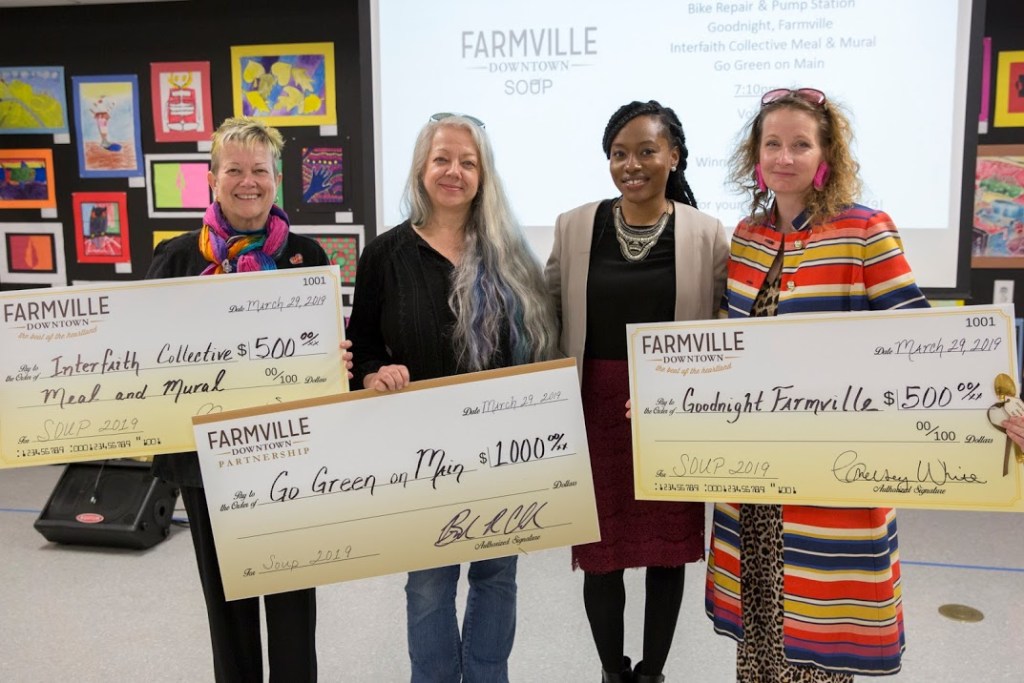 Farmville Downtown Partnership (FDP) held the third annual Farmville Downtown SOUP Dinner Event March 29. Those that attended the event held at Longwood Center for Visual Arts (LCVA) had the opportunity to listen to proposals from fellow citizens seeking grant money that would allow them to bring their ideas to reality. The winner was chosen by popular vote at the end of the evening.

Aimed at maintaining the unique beauty of the Farmville Downtown District, Sullivan’s Go Green idea proposed that plastic recycle bins be placed throughout the Downtown District to not only encourage recycling, but also the sense of responsibility for the area’s care.

Those in attendance enjoyed an evening of socializing over soup and drink, surrounded by amazing young artists’ creations on display for the Annual Youth Exhibit in the lower level of LCVA and the laid back musical offerings of local musician Joe Worford.

Farmville Downtown Partnership created in 2012 in response to Farmville’s recognition as a Virginia Main Street Town, has dedicated its efforts to maintain the unique historic value of Farmville’s Downtown district. At the same time FDP works to enhance the attractiveness of the area to merchants, and help to build an interactive, collaborative atmosphere that will promote economic expansion and provide an appealing site for residents and visitors.