Two people have been convicted on charges connected to impeding the investigation of a May shooting death of a 35-year-old Pamplin man. 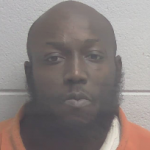 Tiana Vicktoria Redfearn, of Pamplin, was convicted for providing false information to a criminal investigator in Prince Edward County General District Court on Aug. 8 according to dispositions compiled by the court.

She was sentenced to a suspended sentence of 12 months in jail with six months supervised probation.

Woodlee Jermaine Fraley, 32, of Philadelphia, Pennsylvania, was convicted in Prince Edward General District Court on Aug. 22 of impeding law enforcement and sentenced to 12 months in jail with 11 months suspended.

Simon Carl Lark, 23, of Pamplin, was charged with first-degree murder and use of a firearm regarding the death of Donnell Green on May 11.

Police apprehended Mario Redfearn, in Philadelphia, Pennsylvania in connection to the death of Green on June 20. According to a Prince Edward County Sheriff’s Office press release, Mario was apprehended without incident on a charge of first-degree murder.

“My officers responded, and they found the victim … (Green), 35 years old, of Pamplin, had been shot,” said Sheriff Wesley Reed on May 11. “He was transported to (Centra) Southside Community Hospital, (where) he was pronounced dead at that point in time.”

Reed said at the scene of the incident that deputies had one person of interest under arrest, and they were looking for several others. 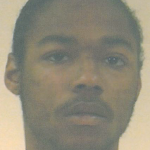 According to Prince Edward Commonwealth’s Attorney Megan Clark, Tiana is the sister of Mario and Lark.

“This charge stemmed from the investigation conducted (regarding) Mario Redfearn’s whereabouts after he was charged with murder and use of a firearm in the commission of a felony,” Clark said, referring to Tiana’s charge of providing false information to a criminal investigator.

Clark said Fraley, a relative of Mario and Lark, was originally charged with being an accessory after the felony of homicide.

“This charged stemmed from Fraley’s involvement in transporting Mario … to Philadelphia,” Clark said. “He came from Philadelphia to Fredericksburg to pick Mario up.” 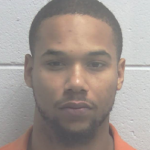 She said even though Fraley admitted to picking Mario up, the evidence would have shown that he did not know the extent of Mario’s alleged involvement in the death of Green.

“The evidence would show that (Mario) alleged he was in trouble and had been robbed,” Clark said. “As such, an agreement was reached to amend the charge to obstruction.”

Mario and Lark are scheduled to be seen in Prince Edward General District Court on Oct. 16 for charges of first-degree murder and use of a firearm in felony.

Two men have been charged following the death of an 18-year-old Hampden-Sydney College (H-SC) student who was found dead in... read more