The open economic development specialist position in Prince Edward — one that has had no change since former Economic Developer Sharon Carney retired in June — will likely be discussed by county supervisors during the budget process in coming weeks.

“I know it’s going to be probably — I can’t forecast what the board of supervisors will do — but that will probably be topic of discussion during the whole budget process,” Prince Edward County Administrator Wade Bartlett said.

Bartlett said otherwise there has been no change in the status of the position.

Lockett District Supervisor and Board Chairman Robert M. “Bobby” Jones said Bartlett had reviewed a first set of applicants and has since planned to put another advertisement out for the position.

“We’re still trying to get somebody that we feel would serve the position well to apply and that hasn’t come to maturity yet, but we hope it will,” Jones said. 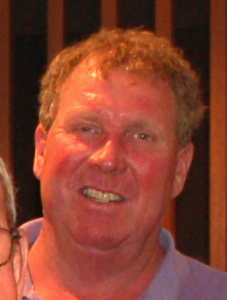 Jones said the board would probably review how the position will fit into the budget.

He said Bartlett and other staff have taken on the responsibilities of the vacant position.

In a May, Bartlett said the specialist position — compared to Carney’s developer position — will be more concerned with the paperwork and administration of economic development.

He said the position would include managing grants and any reports that are due to various state agencies.

Bartlett said in the previous interview the difference in the position was made to reduce costs.

In May, Bartlett said work with prospective clients will be handled by Bartlett or the assistant county administrator.

“I’m not sure it will be better. I think it will be different,” Bartlett previously said of the new economic specialist position.

“I am involved anyway and always have been since I arrived years ago; we’ll just have a little bit more involvement, but not a great deal,” he noted.