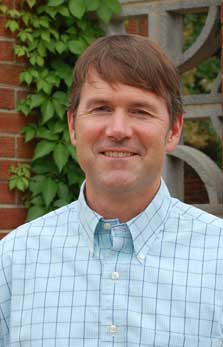 “No,” John Melton says, when asked if he ever envisioned returning to Farmville. “No … but I didn’t envision where I would be.”

Still, the new head of Fuqua School says he’s “thrilled to be here today and I think it’s a great fit.”

He’s coached lacrosse, basketball and football and worked in public and private schools in rural Maryland and Miami, taught, and served as an administrator and as a research assistant. After 10 years as an upper school (grades 5-8) headmaster for The Country School in rural Maryland, the tumblers had aligned in a variety of ways and it was time for more challenges for him, wife, Leigh, and children, Harper and Hunter.

“So we … decided that I would look for headships and when you look for a headship, you look at mission and you look at demographic,” he said. “And I like rural and I like small … Most schools work … from a value-based perspective. But some of them are a lot clearer about what are those

values and how are they woven into the lives of the kids on a daily basis. So I was looking for that, and there was a lot about Fuqua and Farmville that was appealing to me in terms of the kind of people that I believe live in this community and … what I think the school stands for and the importance of accurately communicating that.”

Melton enjoys working in an independent school because “you can be a lot more responsive to trends in education, you can … develop your own process for making decisions and who’s involved in the decision-making process, and families have the choice of engaging in that or not and being a part of that.”

Melton has family ties to the community. The family has land in northern Cumberland and his uncle attended Hampden-Sydney College.  He had attended an all-male high school, so Hampden-Sydney was a good fit.

Melton didn’t go straight into education after graduation. Rather, in his second year of graduate school, he worked as a teacher’s aide in a self-contained class of autistic children at Marshall High School in Fairfax County.

“That was an amazing experience for me to sort of get an understanding of the level of compassion and commitment and courage that is required to be effective in the classroom regardless of the population of students that’s in front of you,” Melton said.

Part of what he took away from the experience is “you sort of have to put yourself out there.”

“You want to do the best that you can to prepare yourself and to know … who you are from a morals perspective, from a values perspective … what you believe in. and then you push yourself into situations that are going to require you to utilize that foundation, but at the same time to also make a contribution that’s important.”

While he realized he didn’t want to stay in special education as a career, he found teaching was “important in a way that for me, personally, that other professions wouldn’t be. So that’s sort of what planted my feet firmly on the path of being an educator.”

He still feels a connection to those children.

“There are two things that shape kids as they develop through school, the teachers and the school in which they exist and their family,” Melton said. “Those are the two major players and if you can get those two constituencies working together under a common set of beliefs with students at a very early age, that’s a very powerful thing. And I’ve been in education long enough where I’ve seen it happen on the individual level.”

Melton has a wealth of experience across the education gamut. For the past 12 years, he has worked at the K-8 school, but he has also worked at the high school level. He has also taught while serving as an administrator, which is something he would like to continue in some capacity.

He plans to be seen around the school.

Serving as the head of a school will surely offer some challenges and Melton offered some philosophy on making big decisions, or even a series of small ones: “You do your best to prepare yourself so you take your work seriously. You treat everybody with respect and kindness, and you lean into things that you know are going to be challenging. You don’t avoid them. And you stay true to who you are in terms of your core values and your beliefs and the path will reveal itself to you.”