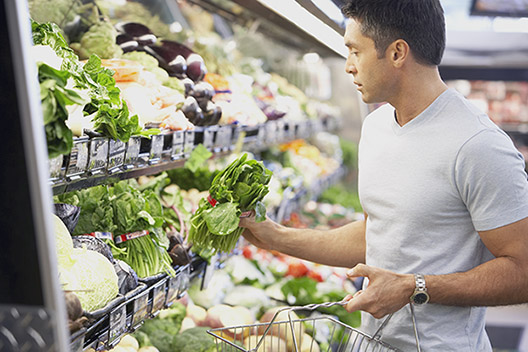 Residents in Buckingham, Cumberland and Prince Edward counties will be paying less for groceries and a couple other items the next time they take a trip to the store. Virginia’s state grocery tax was eliminated as of Sunday, Jan. 1. But if you’re left wondering why prices here locally are still slightly higher in some cases than neighboring areas, it’s because of a local tax that’s been left in place.

Under the decision that took effect Jan. 1, Virginia’s 1.5% sales tax on some groceries went away. That includes most staple grocery items and cold-prepared foods packaged for home consumption. Personal hygiene items such as diapers and bed sheets, along with feminine hygiene products (such as tampons, pantyliners, menstrual cups) also qualify for the tax reduction. It’s worth pointing out the state tax is still in place for things like alcohol, tobacco, prepared hot foods, seeds and plants used to grow food.

Though the 1.5% tax will no longer be imposed by the state, the General Assembly left another option in place. Local governments can keep their own 1% sales tax in place on groceries and similar items. And across The Herald’s coverage area, that’s what’s happening. Local officials say it’s necessary, in order to keep the budget funded.

Currently, Prince Edward County has a 1% local sales tax. County Administrator Doug Stanley said the board has not discussed removing that.

“During the budget process last year when it was going through, we let our state legislators know that we did not want the local 1% to be impacted,” Stanley said. “Frankly that would be a pretty significant financial hit for us.”

Stanley estimated last year Prince Edward County took in around $3.6 million in local sales tax, the majority of that coming from large supermarket chains like Walmart and Food Lion.

“It is our largest [revenue source], outside of real estate and personal property,” he said.

Buckingham County, which also imposes a 1% sales tax, doesn’t have plans either to remove their tax. Administrator Karl Carter said he doesn’t believe their board will make any changes.

“I would be surprised if I board decided to do something with the one percent,” Carter said. “But we have not discussed it at all yet.”

VA the only one imposing the state grocery tax

Before the change, Virginia was among a dozen other states that imposed sales tax on groceries – the only state still imposing the tax in the eastern part of the country.

Sales tax on groceries accounts for hundreds of millions of dollars in state revenue, earmarked for specific items like education spending. But the governor insisted in 2022 there would still be plenty of money for budgets without such a tax. Governor Glenn Youngkin described the tax last February as a “regressive, bad tax,” and called for its elimination.

“We’re going to eliminate that tax,” Youngkin told shoppers in an Alexandria Safeway in February 2022. “There’s plenty of money in the system to make sure education budgets and transportation budgets are well taken care of.”

The challenge counties and cities face is how to ease the burden on taxpayers, while still being able to fund necessary improvements.

In Prince Edward County, for example, elementary school renovations are expected to cost between $30 million to $35 million. That money has to come from somewhere.

“We are not just going back to the usual sources of revenue like raising real estate tax rate or personal property tax rate,” Stanley said. “For us, it’s about trying to balance the options and make these necessary improvements.”

Jennifer Holton wrote this story for The Farmville Herald.