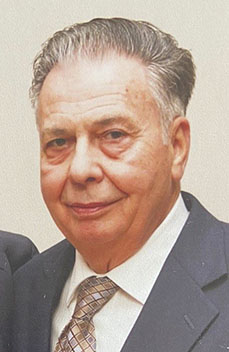 Vernon was raised in Laurel Springs, New Jersey, and he attended Laurel Springs Public School and later graduated from Camden County Vocational School in 1954. He served in the NJ National Guard for 6 years and owned the L & L Electric Appliance Store from 1953-1980, which he started with his father.

Vernon served in the Laurel Springs Fire Department for 42 years, retiring as Chief and Fire Marshall, and also served on the Sewage Authority for 35 years. He bought land in Rice in 1980 to raise beef cattle, and later permanently moved there in 2000, where he became a member of the High Bridge Railroad Club.

Relatives and friends are invited to attend the visitation with his family on Sunday, Jan. 15, from 1:30 – 3 pm at Sharon Baptist Church, 14 Sandy River Road, Green Bay, VA 23942. A memorial service will begin at 3 p.m. Interment will be held privately on the family farm.

In lieu of flowers, the family requests memorial donations to Sharon Baptist Church at the above address and/or the High Bridge Railroad Club, 106 Fourth St., Farmville, VA 23901.