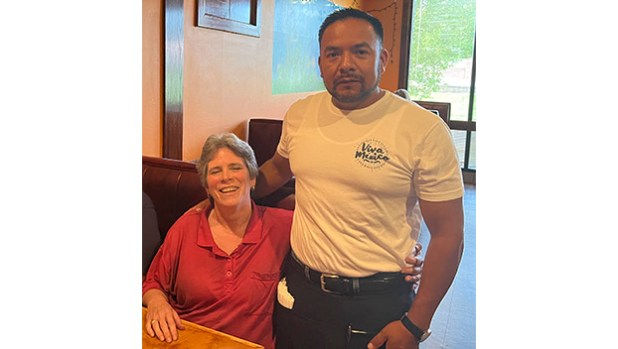 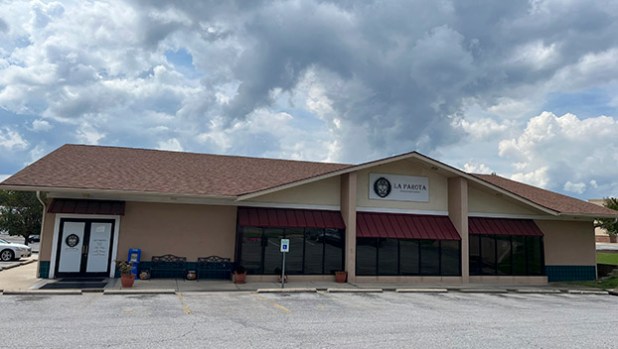 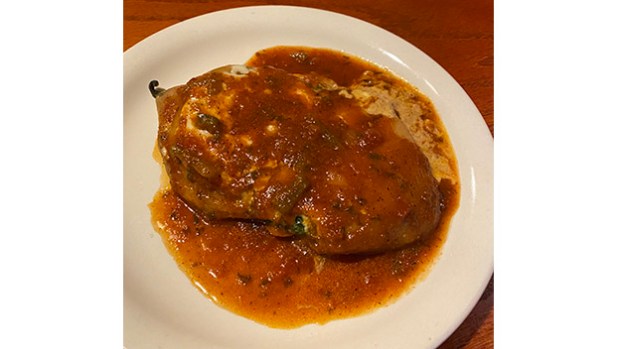 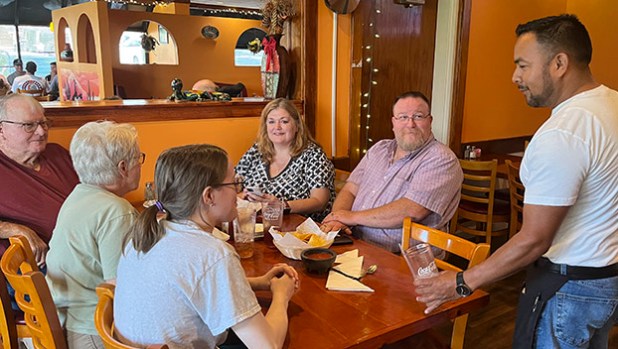 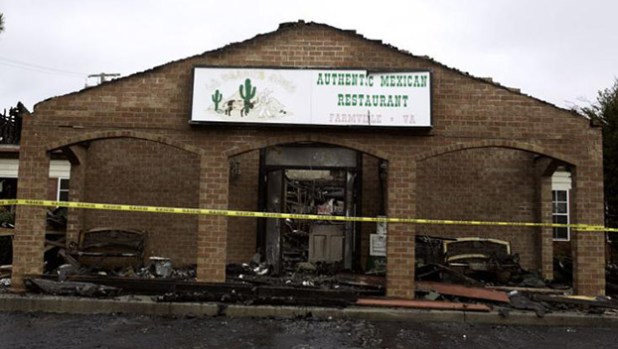 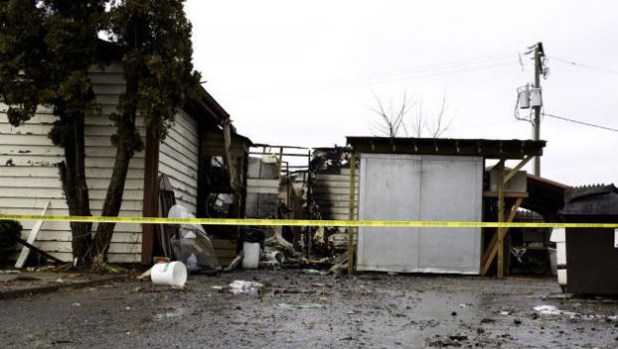 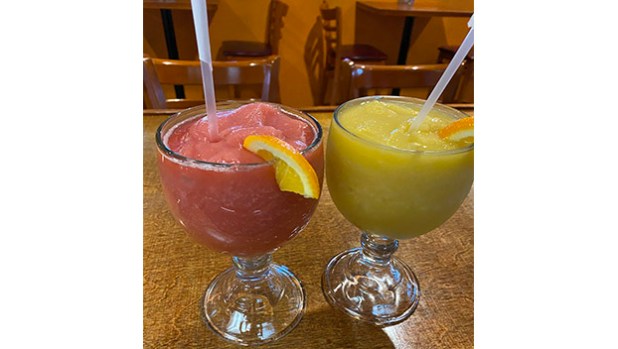 Margaritas are popular drinks at La Parota, they offer frozen strawberry and mango as well as the traditional lime margarita frozen or on the rocks. (Photo by Jay Solorio) 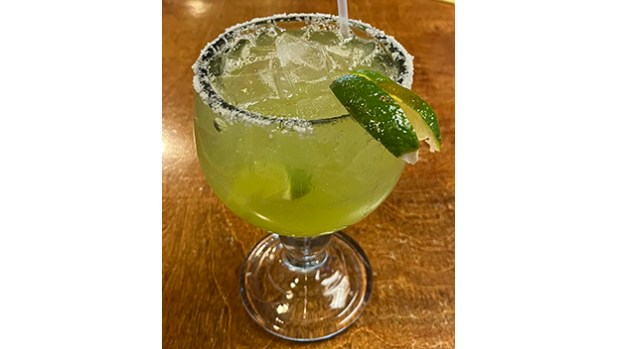 Margaritas are popular drinks at La Parota, they offer frozen strawberry and mango as well as the traditional lime margarita frozen or on the rocks. (Photo by Ireland Seagle) 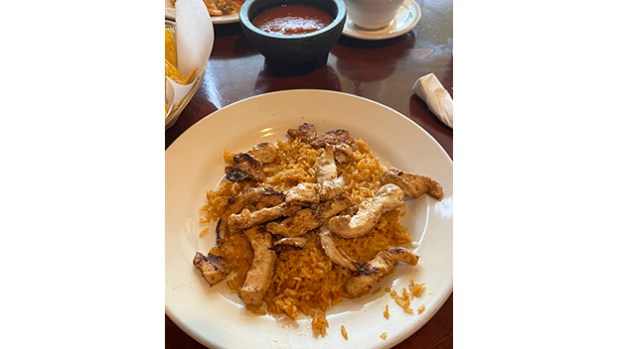 One of the more popular dishes at La Parota is their Pollo Loco. (Photo by Ireland Seagle) 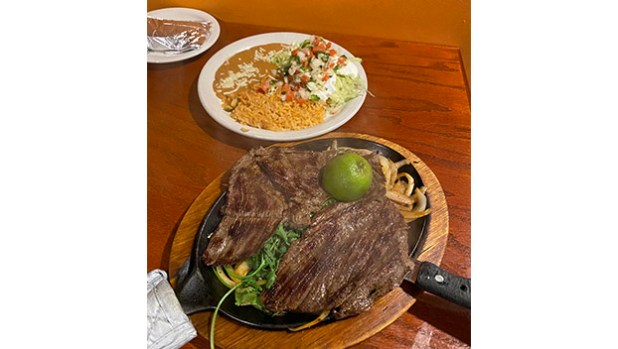 One of the more popular dishes at La Parota is their unique signature Carne Asada. (Photo by Jay Solorio)

Imagine walking in the doors of a modest Mexican restaurant off of South Main Street. You’re greeted by a welcoming atmosphere and a pleasant host or hostess. You see all kinds of people, including several families, a small group of college students, and even people coming from church. A server stops by your table to bring tortilla chips and salsa. Your server recognizes you and remembers your usual order. This is your experience at La Parota, a family-owned and managed restaurant in the Farmville community.

A little over two decades ago, Jorge Solorio and his two brothers, Martin and Raul, came together to establish La Parota. When one brother, Raul, who worked at Mexican restaurants in Lynchburg, visited Farmville, he noticed the lack of diverse restaurants in the area. He contacted Jorge and his other brother, Martin, to visit the location together. Jorge and his brothers agreed that Farmville would be an ideal location for their new restaurant.

Then, in 2000, Jorge and his brothers opened La Parota at 2104 South Main Street near the present-day Quality Inn hotel. While the name “La Parota” does not directly translate to English, the business’ name is significant to the Solorio family. The owners, Jorge and Maria Estela Solorio (who goes by Estela) are from Michoacán, Mexico. They met on a small ranch in southwestern Mexico called La Parota, which is on the border between Jalisco and Michoacán. This ranch is populated with parota trees, which inspired the ranch’s name.

Soon after its opening, La Parota became a favorite in the community. Jorge and Raul primarily ran the restaurant for the first few years, then Jorge mainly managed it as time progressed. Jay Solorio, La Parota’s General Manager and one of Jorge and Estela’s sons, began his current managerial career at their family-owned restaurant. “I worked as a host, server, and bartender, and I have experience in the kitchen as well,” he explains. Jay did not take on a management role until La Parota moved to their current location near Tractor Supply. Jorge and Estela’s second son, Ricky, then began helping with the family business as a host and bartender about seven years ago.

Rebuilding from the fire

Unfortunately, a devastating fire broke out in February 2013 at La Parota, forcing the business to close for seven months. Jorge’s brothers decided to follow other paths and removed themselves from business ownership, allowing Jorge and Estela to solely own and manage La Parota. Less than a year after experiencing the destructive fire, the restaurant reopened in its current location, 1503 South Main Street, next door to Bojangles.

Several years after this setback, La Parota once again faced hardships due to the COVID-19 pandemic. The restaurant lost quite a few servers and kitchen staff. Jay Solorio states, “We took a hit financially, and the pandemic set us back.” As restrictions eased, a few of the servers returned to La Parota, but the Solorios hired an entirely new kitchen staff. “We’re still trying to catch up financially (from the pandemic), but inflation is making it difficult,” Solorio adds.

During the pandemic, the Solorios were able to make minor improvements to their restaurant. In early 2021, after a dire need for them, new floors were installed. La Parota also upgraded their logo then updated their menus and interior decor to display their new logo. “We tried to make it more modern but wanted to stay with the same family atmosphere,” Jay Solorio explains.

Now, with Jorge and Estela slowly transitioning to retirement, Jay and Ricky Solorio are the primary managers of La Parota. Together, the brothers oversee the whole operation, including hiring employees to updating menus and everything in between. Jay acts as the General Manager who oversees larger projects, including the future of the business, while Ricky maintains a slightly lesser role. “He is still young, so he is still learning,” Jay explains.

La Parota is known for its signature dishes. The pollo loco and shrimp loco have a type of meat served over rice then topped with cheese dip. “The locos are most popular amongst families and college students,” Jay Solorio explains. Their chile relleno, which consists of peppers stuffed with beef and cheese, is unique for its red sauce. This dish is made differently at La Parota than the versions served in other Mexican restaurants. “We have customers come from all surrounding areas to get this dish,” Solorio states. La Parota’s carne asada, a thin-cut and flat meat steak, is another signature dish they make differently from other Mexican restaurants.

As for the business’ future plans, the Solorios are considering expanding the restaurant and adding a location in Richmond. They are also planning to complete more renovations at their Farmville location, along with adding new signature drink items. Ultimately, the Solorios want La Parota to continue serving the Farmville community. Also, they want to continue providing a welcoming space with a family atmosphere.

Ireland Seagle wrote this story for Farmville the Magazine.