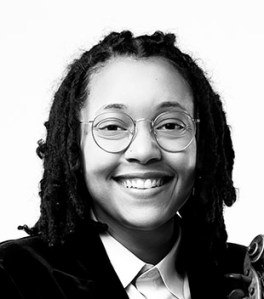 The Longwood University Chamber Music Series will present a concert by violinist Naima Burrs and friends, on Monday, Jan. 30. Free and open to the public, the concert will take place in the Molnar Recital Hall of Wygal Music Building at 7:30 p.m., with doors opening at 7:10 p.m. Parking for the event is available along Race Street, beside Greenwood Library and Bedford Hall.

Burrs will appear with Stephanie Barrett, cellist, and Lisa Kinzer, pianist. The program will include the Trio in G Minor, Op. 17, by Clara Schumann, a set of duos for violin and cello by Reinhold Glière, two trios from the Four Seasons of Buenos Aires by Astor Piazzolla, and other works.

Burrs is a violinist and conductor from Richmond. She holds degrees in violin performance from VCU and the University of Northern Iowa, and is currently a doctoral candidate in conducting at the Catholic University of America. She recently appeared as a guest on the NPR show “With Good Reason,” where she discussed her upbringing and career, and performed works celebrating the contributions of African-American composers and musicians.

Burrs was one of four conductors chosen to participate in the 2021 Wintergreen Music Festival as a Summit Conductor, where she worked with master teachers James Ross and Erin Freeman. In January of 2022, she was appointed Conductor and Music Director of the Petersburg Symphony Orchestra, and in August 2022 joined the faculty of the University of Richmond as conductor of the university orchestra. She also teaches violin and strings courses as an Instructor of Music at Virginia State University.

Originally from Leesburg, cellist Stephanie Barrett earned degrees in Psychology and Music Performance from VCU, where she studied with Dana McComb. She completed a master’s degree in Cello Performance from Lynn University in 2018 under the tutelage of David Cole. Currently, she is the cellist of the Richmond-based quartet, Rosette. She also serves as the strings director at St. Catherine’s School.

Pianist Lisa Kinzer is Professor of Music at Longwood University. She maintains an active performance schedule that includes recitals, masterclasses and numerous collaborative programs. Kinzer has served as vocal coach/accompanist on the artist faculty at the Operafestival di Roma in Italy, and been the pianist for the Summer Garden Opera Festival in Farmville since 2010. A regular clinician and adjudicator for numerous piano competitions, Kinzer is a member of the MTNA, VMTA, College Music Society and National Guild of Piano Teachers.