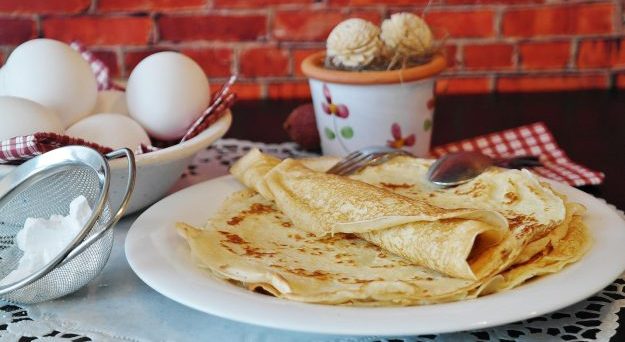 If you’re planning on buying food from a restaurant or caterer in Prince Edward County, be aware, the price just went up. On Jan. 1, Prince Edward’s new food and beverage tax took effect, impacting all operations outside of the town of Farmville.
That last part needs to be emphasized. Farmville businesses are not affected by this at all. This 6% tax is applied to “every food and beverage service, sold or delivered in the county by a restaurant or caterer”, says the ordinance. “It shall only be collected outside the corporate limits of the Town of Farmville.”

What does that mean?

So what does that mean for local residents? If you buy any type of meal or drink from a restaurant or catering operation in Prince Edward, the price is a bit higher this month. Six percent higher, to be specific. And again, this only applies to operations outside of the Town of Farmville.
The tax was signed off on May 10, 2022 during a meeting of the Prince Edward County Board of Supervisors. Minutes and documentation from that May meeting show county officials acknowledge this won’t bring in a massive amount of money. After all, the largest restaurant previously operating in the county, Fishin’ Pig, moved into Farmville last year. As a result, “most of (the revenue) will be generated from prepared food at the various mom and pop convenience stores around the county,” the May 10 board packet states.
“Last year, we estimated $300,000 to $600,000 per year,” Prince Edward County Administrator Doug Stanley said, speaking about how much the tax is expected to bring in. “With the bulk of the Fishin’ Pig business now in town, I would anticipate the actual revenue to be on the lower end of the estimate.”

Where will the money go?

The biggest question is where will this money go, regardless of how much comes in. We have a clear answer on that. All funds from the food and beverage tax are earmarked for school capital improvements. That means the board can change from year to year, determining which building to spend the money on, but the funds have to be used on school renovation and repair needs. As the tax currently stands, the money can’t be moved to another department. And not surprisingly, county officials last May reached agreement on which school needs that funding the most.
“At this time, we are looking for all proceeds to be put towards the debt service on the renovation of Prince Edward County Elementary School,” Stanley said.
To be clear, debt service refers to the total amount of money required to pay back a debt. That means both the principal part of the loan and the interest. This food and beverage tax revenue is being set aside. So that when funding for the renovation is secured, this is what will be used on a yearly basis to pay that bill.
Prince Edward is unique in that its the only county in this region with a food and beverage tax. And this isn’t a tax with a time limit. The vote last May was worded to put the tax into effect permanently. That’s designed to serve as a way to support construction needs at the local schools.

There’s no one arguing against the need for repairs at Prince Edward Elementary. In fact, it’s a discussion that’s been going on for more than a year now. Every week, The Herald receives at least one email or social media message, complaining about the school’s traffic problems. When it rains, we also often receive pictures from parents and some employees about leaks throughout the building.
Add all this to the fact some classrooms are currently unusable, there’s a lack of workable electrical outlets in some areas and you see the problem.
As county leaders look to figure out how to pay for renovations, school district staff and the school board are trying to determine what the new school would look like. After all, it’s hard to know how much you need to pay for renovations if you don’t have a full price tag on the cost.
In October, five architectural firms presented to design the project. Out of the five, district staff narrowed it down to two and finally to Moseley Architects.
Now they’re moving into Phase One. That means Moseley representatives will have several meetings with school personnel, as well as the community. They’ll take that information back and create a design from it. Residents can expect to see all of this happening during the first part of this year.