The Office is a Caboose: Farmville Downtown Partnership relocates 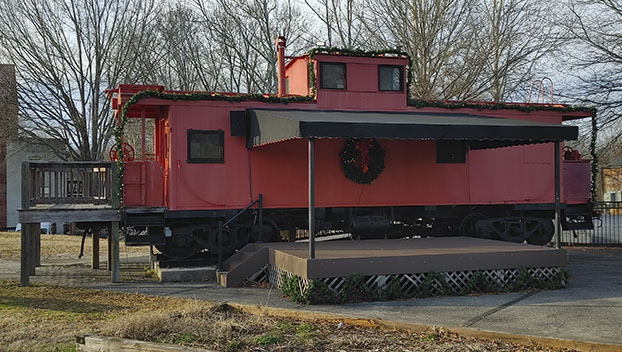 A look at the outside of the Downtown Partnership’s new headquarters. Photo courtesy of Nancy Alexander.

FARMVILLE – A train caboose is not something most people would envision situating their office in. However, the Farmville Downtown Partnership staff like to think outside the box. When the opportunity arose to move into their own location, Executive Director Nancy Alexander jumped at the idea.

In 2010, when the Partnership was created, they were housed in a space at the Visitor Center, which was donated to the organization by Prince Edward County. Since that time, it’s been a wonderful place to pursue their endeavors and complete daily tasks – but as time has worn on, the need for something all their own has grown.

“I was downtown, and stumbled across the caboose, and I was like, ‘this is the perfect location for us,’” Alexander said. “While we love our 3rd St. office, this was right in the heart of the area we want to be. It was sitting empty, and I feel like it makes us more visible and accessible to Main St.”

It didn’t take much convincing. By a unanimous vote during their Wednesday, Nov. 9 meeting, the Farmville Town Council approved a request to let the Partnership move into the Caboose

Some old, some new

The National Trust began an initiative in 1980 to revitalize and restore old buildings and what is known as, ‘Main St. Towns’. Since then, Farmville has been working towards the goal of the same. After coming out of retirement due to pure boredom, Alexander decided she wanted to be a part of helping that restoration and sense of community along by joining the Partnership. In mid-October of this year, she began a full-time mission to drive community initiatives forward.

The purpose of the Downtown Partnership is to keep Downtown healthy, restored, revitalized and to bring the community together, according to Alexander. Area merchants have been a strong driver in how the program came together and functions day to day. Community partnerships are what propels the organization forward – and it benefits everybody. “Downtown is really what distinguishes the community,” tells Alexander. 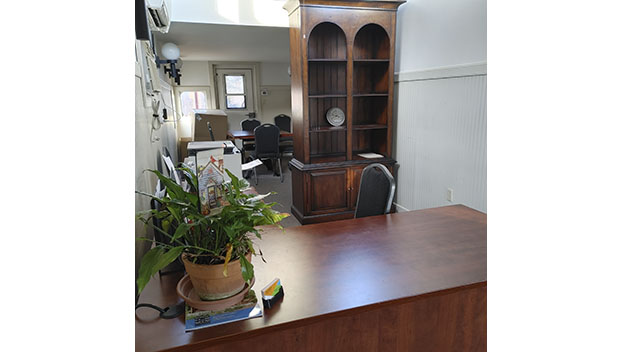 A look inside the Caboose at the Downtown Plaza in Farmville.

The future of the Partnership looks bright, and there’s a lot of growth and opportunity on the horizon. With a recently completed 2023 plan of action, the Partnership is ready to get to work breaking down each of the 4 points on their scale, which includes design, promotion, economic vitality, and organization.

“Our overall focus is on two transformative strategies. The first is that Downtown is a great shopping district. We want to promote the trails, food vendors, music, and retail with Green Front. We want to bring all of those together to create a sense of community. The second facet is to connect with colleges here and be sure students, faculty, parents and staff can enjoy what Downtown has to offer.”

With 4 different committees for each of those specific points needing to be addressed, and just 15 board members, each committee has their own challenges to contend with and work on.

The big move into the Caboose happened at 11 a.m. on Monday, Dec. 19. With a grateful heart, Alexander states, “Green Front was kind enough to help us with the move.”

And if you’d like to help Downtown Farmville, there’s plenty of seats open. The Farmville Downtown Partnership always needs volunteers.

“I’d love for people to stop by and see and hear what we’re doing. We always need volunteers,” Alexander said. “If someone has a particular interest in a specific thing, we can tailor their interest to various projects and programs that fit their interests.”

To volunteer, you can reach out to Alexander at manager@farmvilledowntown.com. You can also reach the department by phone at 434-392-3060. You can visit their website here.