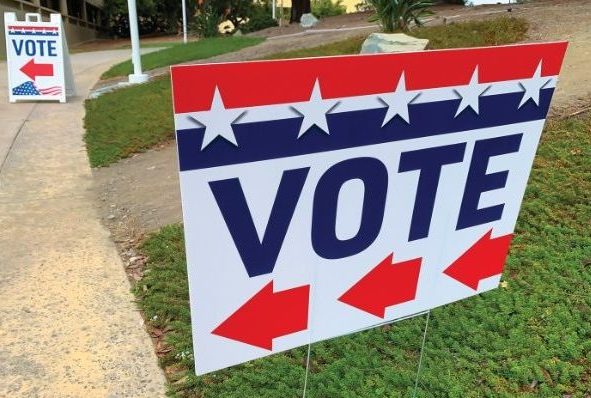 In November, District 7 voters in Farmville’s West End cast a ballot at the Farmville Volunteer Fire Department. Next year, that has to change, however. In October, Prince Edward County was notified that the space will no longer be available and as a result, that Farmville polling place has to move. To solve the problem, the Town of Farmville extended an offer this past month to move West End voters to the Farmville Train Station for future elections.

Now the county can’t simply sign off on an offer like that. They have to go through a process. The county code has to be amended, as it states where polling places are located. To do that, there first needs to be a public hearing. That public hearing took place during the Tuesday, Dec. 13 meeting of the Prince Edward County Board of Supervisors.

After the hearing, where no one spoke, supervisors unanimously voted to approve the switch for the Farmville polling place. But that isn’t the end either.

The resolution and attorney general’s approval is required because of Virginia and federal law. When a city or county changes a polling place, they have to prove it won’t disenfranchise any voters, making it harder for them to cast a ballot.

Also during their meeting, supervisors signed off on their priorities for our General Assembly representatives to support. None of them came as a surprise. First and foremost, as The Herald has detailed, is a push to get approval for a 1% sales tax increase.

In Virginia, a city or county has to get permission from the General Assembly to increase sales tax. First the Assembly has to pass a bill, then local residents have to vote on it in the next election. After last month’s elections, eight counties and one city have the authority to increase sales tax to fund school repairs. They include Charlotte County, Gloucester County, Halifax County, Henry County, Mecklenburg County, Northampton County, Patrick County, Pittsylvania County and the City of Danville.

Prince Edward officials want to get added to that list. Last year, supervisors also expressed interest in moving forward, with a bill getting filed in the General Assembly to make it happen. But that bill failed.

Second, supervisors want the authority to impose a solid waste fee. To do that, they also need approval from the Assembly. Funds from a fee like this would go to maintaining and improving the county’s landfill.