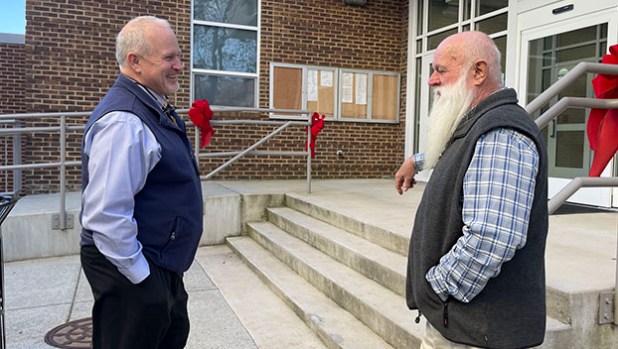 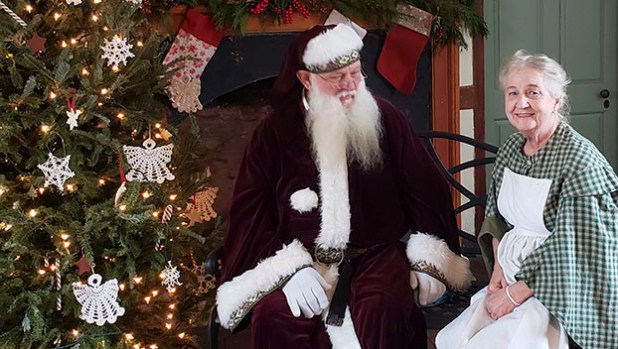 Bill Jenkins says the last time anyone saw him clean-shaven, was 1971.

“It’s my signature,” Jenkins said of his trademark white beard. “It’s what I go by. People see me and say, Bill Jenkins, when are you going to shave? And I always say, I haven’t gotten around to it yet.”

You could say that is because the 68-year-old has been busy. Jenkins was elected to the Prince Edward County Board of Supervisors in November. Running as an independent, he says he was completely overwhelmed and shocked by the turnout.

“I didn’t go around to anyone’s house and bother them, or campaign or nothing,” he said of the election. “I just ordered some signs and let people know, and I got the position.”

This is his first go-around at politics; he doesn’t come from a political family, but what he does have is a lineage that goes back at least four generations in the Heart of Virginia.

“My grandfather was born here in 1903, and his father before that,” Jenkins said. “The last three generations grew up in the home I live in today.”

Though generations have passed, he says, the people he serves in Lockett’s district seat have always put one issue at the forefront: taxes. And it’s something he’s ready to have a conversation about.

“It’s the same stuff I’ve heard for years. But we’ve got some great services here in Prince Edward County,” he says, pointing out the Sheriff’s Office, Fire Rescue and Emergency Management Department. “It takes money to operate those things, and if you want good services, you’ve gotta have good equipment. People don’t really see all of those things day to day, but in the background, it’s working all of the time.”

Having a chat about taxes is at the top of the list for many voters, he says. Luckily, he’s the type of man who makes a list, and checks it twice – Jenkins spends his spare time as one of the area’s versions of Santa Claus. Hence the long, white beard.

“I don’t even need the suit,” Jenkins laughed. “Kids will come up to me in June or July and call out for Santa.”

This year, Jenkins transformed into St. Nick at Sailor’s Creek State Park for their Christmas events. On Christmas Eve, he will be at Elk Hall for a toy giveaway for the less fortunate. Dressing up as the “big man in the red suit” is something Jenkins started doing for the community back in his forties, more than two decades ago.

“Recently at Creek, a fella came up to me and said, Santa, see my boy over there? He’s 17 years-old. You held him when he was a baby.”

Still, he said, it never gets old.

“A couple of days ago, there was a little child, a little girl, and she was standing back, and when she came up, she was a little timid. She had one little tear running down her face, about an inch and a half long,” he recalled. “One little tear. And I said come here, and I wiped the tear off her cheek with my thumb, and put it on my face. And I said, you’re gonna give Santa Claus your tear now, and tell me what you want for Christmas. And she didn’t speak. But she smiled. And that was my Christmas present. If I don’t get nothing else, that’s alright.”

It’s a gift, according to Jenkins, you just can’t buy.

Jennifer Holton wrote this story for the Farmville Herald.