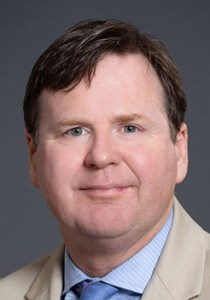 Now that the election is over, it’s time to look ahead. What are the priorities for governing? Where do we go from here? The Herald has been doing a series of “post-election” pieces with the new candidates, getting their take on the races and looking to when they take office. Up next is Cannon Watson, who won the race for the District 7 seat on the Prince Edward County Board of Supervisors.

For Watson, this is somewhat of a familiar spot. He was chosen by the current board majority in July to fill the remaining time left to Jim Wilck. Wilck resigned in June after 12 years on the board. Citing bad health, he and his wife moved to Texas this summer. So for the remainder of this year, Watson will have that interim tag as he serves out the rest of Wilck’s term. Then in January, his own term begins. Watson said he learned a lot through campaigning and visiting homes this fall.

“It felt pretty good that a lot of people said ‘I didn’t know who you were, but you knocked on my door and got my vote’,” Watson said. “You had some really nice moments. I do feel like I learned a lot, about what people think and what they want to see happen.”

It was a close race. Watson collected 387 votes, to challenger Bruce Davis’ 354. Watson said he wanted to run after serving as an interim supervisor, mainly because he wanted to help the county.

“I felt like I was contributing and that feels good,” Watson said.

Watson is the senior vice president for investments with Davenport and Company’s operation here in Farmville and has previously served on the county’s planning committee. His father also represented this district, serving from 1993 to 2003.

As for his priorities, Watson said the county needs to change perception.

“My opponent and I both agreed, improving the perception of education in public schools is what will get us to the next level in bringing in businesses,” Watson said. “I think we have a fantastic county administrator and I’m very optimistic.”

Watson also supports a change currently being discussed at the county level. Over the last two months, supervisors and staff have talked about the possibility of switching Prince Edward’s tax system.

It would be a shift toward how several other Virginia counties, including neighboring Cumberland, handle taxes. They break the payment in half, sending two bills. The first comes around June and the second, lower amount comes in October or November.

“I think we need to give them semi-annual tax payments, rather than hitting them all at once at Christmas time,” he said.

But he advised people not to expect an immediate shift.

“I imagine if it does happen, it will take a couple years to do,” Watson said.