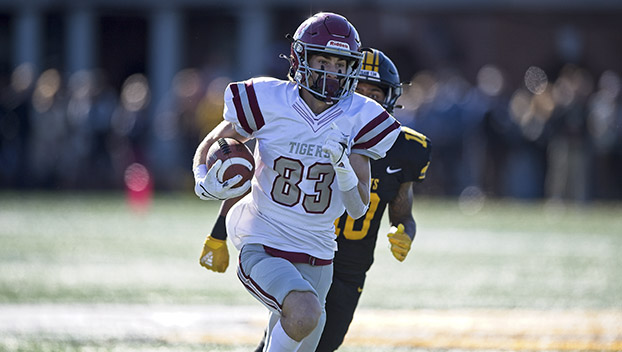 ‘The Game’ has been going on for more than 100 years. Considered one of the oldest rivalries in college football, Randolph-Macon College will visit Prince Edward County this weekend, as the Yellow Jackets take on Hampden-Sydney College (H-SC).

This year, it’s a battle of two teams on the rise. The host Tigers are 5-4 overall, 4-2 (T-3rd) in the ODAC. Meanwhile, the visiting Yellow Jackets are unbeaten at 9-0 overall, 6-0 (1st) in the ODAC. It’s the 127th edition of ‘The Game’ as well as Senior Day for Hampden-Sydney. This is a game still considered the Oldest Small School Rivalry in the South.

It’s also a chance to bounce back for the Tigers. Hampden-Sydney is coming off a 23-7 loss on the road at Shenandoah University Nov. 5. R-MC enjoyed a 52-10 home win past Ferrum College on Nov. 5 in Ashland, the ninth consecutive win by the Yellow Jackets this season. It’s also Senior Day for H-SC and 14 outstanding young men will be recognized during a special pregame ceremony.

Who leads in ‘The Game’ all-time?

H-SC has the fifth-ranked passing offense in NCAA Division III (325.9), and is led offensively by fifth-year quarterback and second-year team captain Tanner Bernard. Bernard has passed for 2,283 yards (184-279-3) and 20 touchdowns in seven games, adding three touchdowns on the ground, as well. Bernard did not play vs. Greensboro (9/17) or Shenandoah (11/5), and was out for the second half vs. Guilford (10/29), all due to injury. Junior quarterback Andrew Puccinelli has passed for 646 yards (66-94-2) and six touchdowns in three games, adding one touchdown on the ground.

The running game features junior running back Melik Frost, who has rushed for 852 yards on 188 attempts (4.5) and 11 touchdowns, adding 236 yards receiving on 25 catches and one touchdown.

When and what time is ‘The Game’?

‘The Game’ will take place this Saturday, Nov. 12 at 1 p.m. on Fulton Field at Lewis C. Everett Stadium.

The regular season finale can be heard locally on WVHL, Kickin’ Country 92.9 FM and will also be available worldwide on the Internet at wvhl.net or via the TuneIn Radio App, while available to watch as well on the Tiger Sports Network live video stream at hscathletics.com, pregame airing at 12:30 p.m. 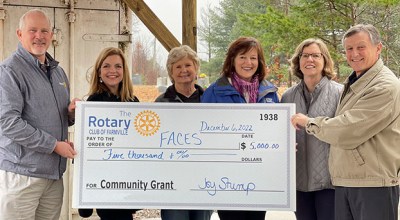