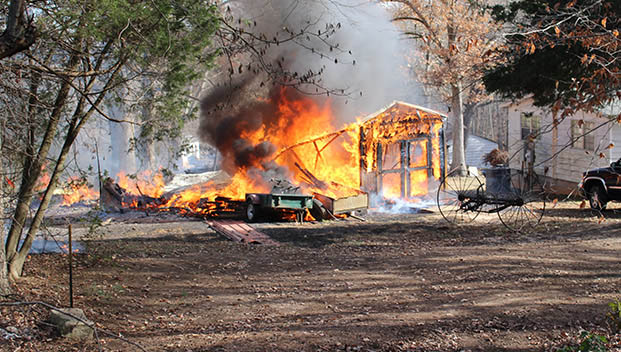 PROSPECT – A fire in Prospect tore through both a trailer and nearby shed before firefighters could get it under control on Sunday. Prospect Volunteer Fire Department received a call at around 1:15 p.m. and responded to the 500 block of Shepards Road.

But by the time firefighters arrived, both the trailer and shed were engulfed in flames. As each collapsed to the ground, firefighters continued to battle, working to protect the house next door. They set up two hose lines to fight the fire, with a third dedicated to protecting the house and eliminating any brush fire.