A Story of Sailor’s Creek: Luminary tribute will honor veterans 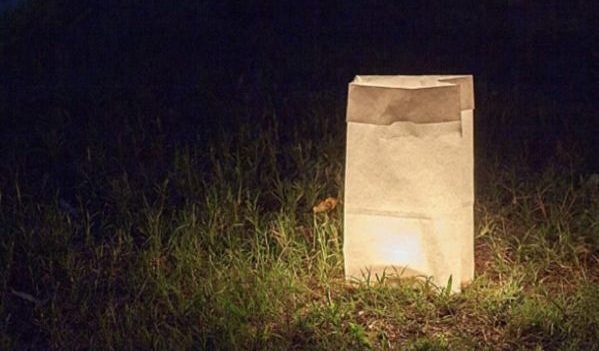 Luminaries at Sailor's Creek will be set out Saturday to honor veterans.

RICE – The story of Sailor’s Creek stretches back almost 100 years in our nation’s history. World War I had just ended a couple years prior and Congress wanted to recognize those who fought. They adopted a resolution on June 4, 1926, calling for then-President Calvin Coolidge to issue annual proclamations, asking people to observe Nov. 11 each year in honor of the veterans of the Great War.

More than two decades later, what began as Armistice Day had evolved to pay tribute to American veterans of all wars. This year, people have a chance to do that by taking a stroll through Sailor’s Creek.

Sailor’s Creek Battlefield Historical State Park will hold a Veterans Day Luminary on Saturday, Nov. 12, a commemorative event to honor all who have served in the military and their many sacrifices.

A bit of history

The Sailor’s Creek Battlefield Luminary program has occurred annually on the Saturday of Veterans Day weekend since the park’s opening in 2008. The park’s first manager, Christopher M. Calkins, created the Luminary program “to honor the veterans who fought, suffered, struggled, and perished during the Civil War battle,” said Lee Wilcox. He works as Assistant Park Manager for Sailor’s Creek Battlefield Historical State Park. He adds that Calkins decided to schedule the event close to Veterans Day “so that all veterans could be honored and commemorated during the program.”

Wilcox says that the Luminary program is the park’s tribute to veterans from all of our nation’s military conflicts, meant to honor them “with dignity, honor, and respect. To recognize the sacrifices and dedication of these heroes who are still with us and those who have passed,” he said, “to preserve their legacy for current and future generations, lest we forget their service.”

“It is often said,” Wilcox adds, that “we are only one generation away from losing the hard-fought freedoms and rights our ancestors created and established during the nation’s founding. So the Veterans Day Luminary program is simply our effort to create a humble and informative occasion to preserve, educate, and pass on that knowledge.”

What is Sailor’s Creek?

The park is a National Historical Landmark “recognizing and preserving the hallowed grounds and structures that bore witness to the last major battle of the American Civil War on April 6, 1865,” Wilcox says. This battle took place just three days before General Lee’s Confederate Army surrendered to General Grant at Appomattox Court House.

While it has remained a protected historic landscape since 1936, Sailor’s Creek Battlefield became an independent State Park in only 2008. Today, the park’s 392 acres contain a museum full of battlefield exhibits and artifacts as well as the largest research library in the state “solely and completely devoted to the 1865 Appomattox Campaign,” Wilcox says, noting that the park is also home to “numerous hiking trails with historic wayside markers, an 11-mile, self-guided driving tour loop, and the historic Hillsman House.”

The Hillsman House is a structure from the 1750s that was used as a field hospital by Federal forces during the battles at Sailor’s Creek. The house is available for free guided tours, which must be scheduled in advance.

What to expect on Saturday

As far as Saturday’s event goes, Wilcox said the night will involve two guided tours, the first at 6 p.m. and the second at 7 p.m. A park ranger will lead each group along the Luminary Trail, which is just under one mile long. As the visitors walk on the trail, they will arrive at wayside stations where “the group will pause and listen to a period-dressed, living historian who steps out of the shadows with a lantern and reads from an actual letter or personal account from a soldier or civilian who bore witness to the April 6, 1865, battle.”

You might be wondering what the “luminary” piece of the program involves. Wilcox sheds light on that as well, saying that the Luminary Trail will be lit by hundreds of “paper bags containing candles that provide a beautiful glowing effect under the autumn night sky.”

If you are interested in attending the program, it will take place near the park’s Visitor Center, located at 6541 Saylers Creek Road in Rice, Virginia. There are no charges or fees to attend the event, and there will be plenty of parking as well as access to the Visitor Center and public restrooms.

Pets and young children are welcome to attend, although due to the somber nature of the event, it is requested that they are able to maintain a quiet observance of the events around them once the hike starts. Wilcox recommends that visitors dress comfortably, wear close-toed shoes, and be prepared for cold temperatures.

Following the program, the gift shop will be open, with a large collection of discounted Civil War books sold by the park’s dedicated Friends Group. All the proceeds will be donated to their efforts to preserve the historic site with educational programs. For any additional questions about the program, visitors may call the main office at (804) 561-7510.

Quinn Arnone wrote this piece for the Farmville Herald.