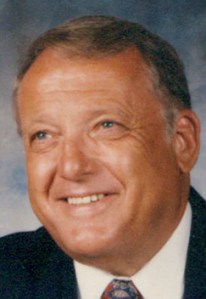 Raymond Paul Turner Jr. “Ray” passed away on Nov. 5. He was born on Oct. 11, 1935 in Front Royal to Raymond Paul and Anna Wilkison Turner.

Ray’s professional life was devoted to law enforcement. He graduated first in his class from the Virginia State Police “VSP” Academy in 1963, and his first duty post was in Cumberland. His entire career was spent in the central Virginia area. He was promoted numerous times, worked as a hostage negotiator and in numerous other positions, finally retiring in 1996. At the time of his retirement, Ray was a First Sergeant with the VSP, Bureau of Criminal Investigation, Drug Enforcement Section, assigned to the Appomattox Field Office. He was fully devoted to his career, and never wavered from his dedication to his chosen path of making his community safer while at the same time helping others during their often life altering and most desperate situations. He was compassionate about not only enforcing the law, but in assisting the downtrodden.

Ray was committed to improving his professional expertise so that he would be even more capable of assisting others. He was a certified Instructor for the Virginia Department of Criminal Justice Services and taught classes in that field at various police academies. He was a Private Security Services instructor and taught classes in private investigation. He took Gambling Technology Courses at the FBI Academy in Quantico and obtained a Law Enforcement Instructor Certification from the FBI Training School. He attended the DEA Academy in Narcotics and Dangerous Drug Enforcement and graduated from Southside Virginia Community College with highest honors and received a degree in Criminal Justice. After his retirement from the VSP, he founded a professional investigations company — Turner & Associates — and thus continued his chosen path in the law enforcement arena.

He was preceded in death by his sister, Helen Royall.

Of all of his accomplishments, being a father and grandfather were the most precious to him. He loved being with his family and enjoyed the yearly family vacations to Myrtle Beach and other destinations. He could talk for hours about guns and old cars and shared that passion with various family members.

The family requests that in lieu of flowers, contributions be made to the Virginia State Police Association Emergency Relief Fund at 6944 Forest Hill Avenue, Richmond, Virginia 23225 or at vspa.org.