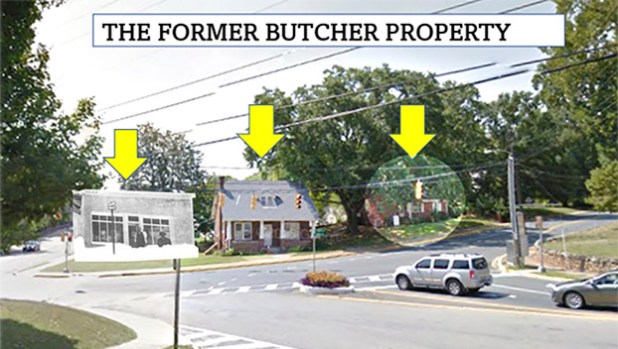 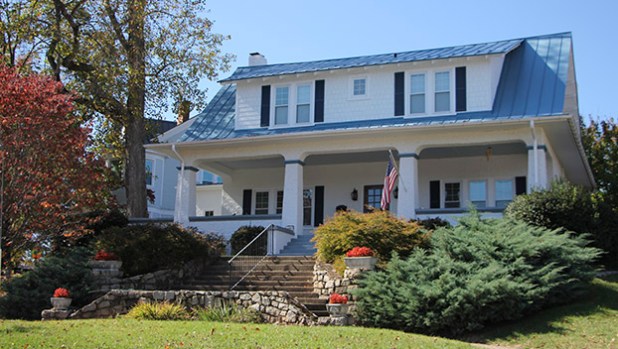 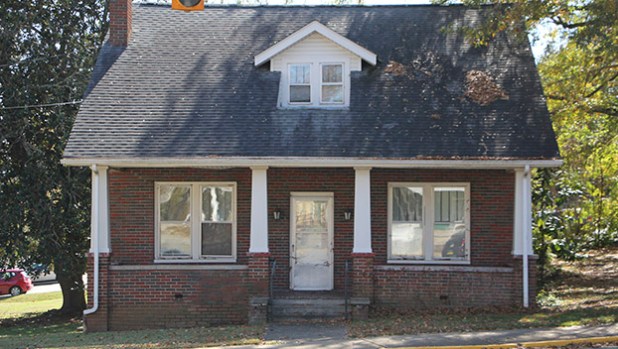 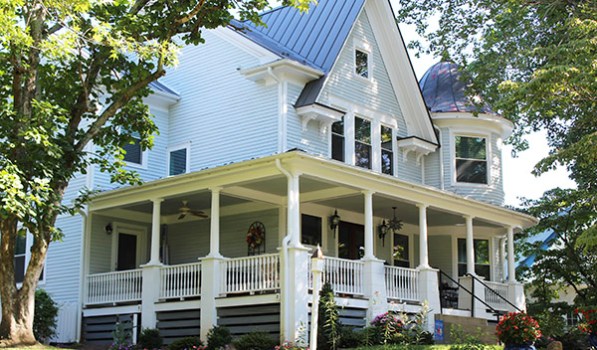 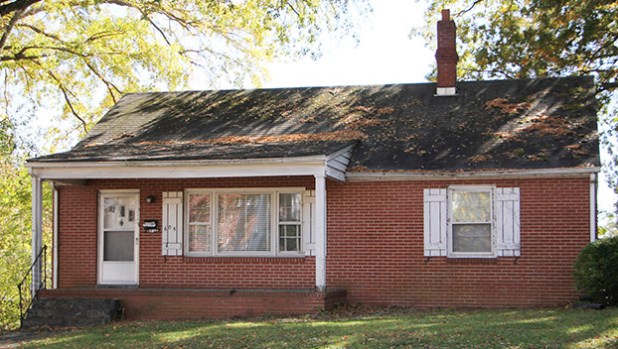 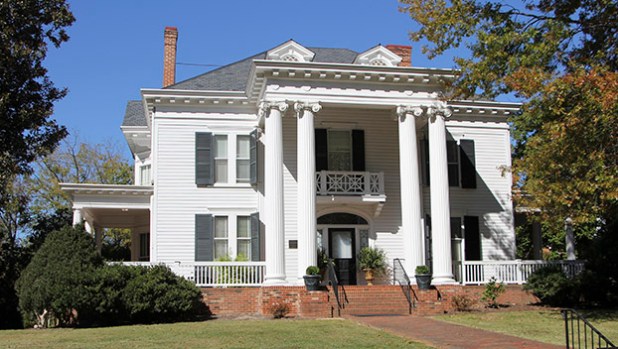 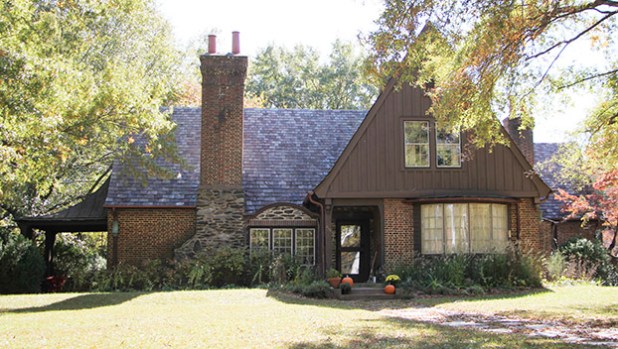 The Farmville-Prince Edward Historical Society recently held a meeting at Farmville Train Station where Kay Whitfield and Caroline Stowers presented a program on the Historic Homes of High Street. This program was the first in a planned series and focused on the 600 block. The duo shared old photos and historical information about the homes in the 600 block of High Street. For more information on the series contact Farmville-Prince Edward Historical Society President Jimmy Hurt at jimmyhurt@centurylink.net.

• The former Butcher property consisted of what is now the empty lot at the corner of Griffin Boulevard and High Street and the next two houses on the left if you a driving up High Street toward the avenues.

• The now empty lot was once the home of Butcher’s Store which was a small grocery, a confectionary store with a soda fountain. The store made home deliveries of meats and grocery products.

• The store property was sold to the Town of Farmville and torn down to make the intersection safer.

• This home was built during parts of 1913 and 1914 for Mr. and Mrs. Taylor Thompson. The contractor was A. D. Moring, a local contractor.

• J. Taylor Thompson was a prominent local lawyer in Farmville. His wife was the daughter of a previous Governor of Virginia.

• The second owners of the home were Mr. and Mrs. Sydnor C. Newman. The Newmans purchased the home in the mid 1940s from the Thompson family.

• The home has been updated and restored in recent years.

• The house is currently owned by the Yoelin family.

• The first owner at 601 High Street were Mr. and Mrs. Fred Butcher. They owned and ran the Butcher’s Store on the adjoining corner lot.

• Mrs. Butcher made it her mission to care for the flower garden located in the intersection in front of their home. The town now tends to the flowers and plants.

• This home was constructed around 1905 by contractor H. D. Moring.

• Mr. Lancaster was a local Farmville merchant and owned and operated a tobacco farm.

• Mrs. Lancaster was a local artist and lived to be 101 years old.

• The home has been recently updated and restored and is now occupied by a retired couple, the Bailey family.

• The home was constructed around 1960 by William H. “Buck” Butcher and his wife Rebecca Butcher.

• Mrs. Butcher was a local school teacher in Farmville.

• The second owners were Mr. and Mrs. Herman Daniel.

• Mr. Daniel was a local salesman in Farmville and Mrs. Daniel was the Postmistress of the Longwood College Post Office.

• This home was constructed pre 1878 and was owned by Judge F. D. Irving, a local Confederate Veteran.

• In 1906 Mattie Cunningham sold the home to the Virginia State Board of Education.

• From 1906 until 1969 the property was The Presidents Home for Longwood College. It was the residence for each college president as they came and went. This tradition stopped in 1969.

• After 1969 the college used the home for various college needs such as housing for visitors and a meeting place for the college. It was renamed The Longwood Alumni House.

• The home is still in use by Longwood University as The Alumni House.

• This home is thought to date back to around 1900. The first confirmed owner was H. Arthur Barrow.

• H. A. Barrow and family lived in the home until thru 1934 until Mr. Barrows death.

• H. A. Barrow owned several business operations in early Farmville. The best know was Barrow Coal Company. He also was associated with the Barrow Meat Market and other Barrow family operations.

• At his death, Mr. H. A. Barrow’s properties were sold at auction.

• Barrow’s home was sold to Maurice Large in 1935 by auction.

• Mr. and Mrs. Maurice Large occupied the home for many years. The property was sold upon their deaths.

• Maurice Large grew up in Farmville, He was a lawyer for his first ten years in Farmville.

• Mr. Large and business partner Lester Andrews built the Farmville Shopping Center on Main Street in 1960. This was Farmville’s first shopping Center which included Safeway, W. T. Grants, a drug store, a bank and the ABC store. Mr. Large was very active in the fire department, civic organizations and church activities in Farmville. He served on many bank and business boards.

• The home was known for the beautiful plants and flower gardens behind the home. Many groups and neighbors would tour the gardens.