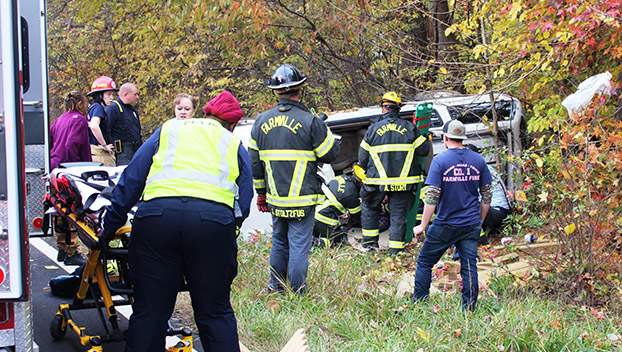 FARMVILLE – One person is recovering after an accident Monday morning on West Third Street in Farmville. The call came in at 8:40 a.m., with both the Farmville Fire Department and Prince Edward County Volunteer Rescue responding to a location near the 2800 block of West Third. The driver of an SUV lost control and their vehicle went off the road, hitting a tree and rolling over.

According to information from the Farmville Fire Department, the driver in the Third Street accident was trapped inside the SUV and firefighters had to cut the roof off the vehicle in order to get the person out.

The driver was treated at the scene by Prince Edward Volunteer Rescue, before being taken to Centra Southside Community Hospital. At that point, the driver was airlifted for treatment out of town. At last report, the person was in stable condition.

To read the next story from The Farmville Herald, click here.