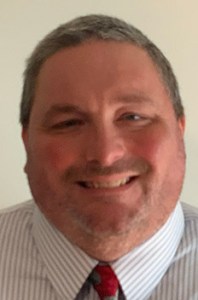 Jason Moore is the Republican nominee this fall for Cumberland Commonwealth’s Attorney.

Moore grew up in neighboring Powhatan. “I tell people I hope that isn’t held against me, since at least I’m not from Chesterfield,” he said.

“That usually gets a chuckle,” he added.

“I ran and almost defeated a 24-year incumbent. I was humbled by the Republican nomination, the endorsement of the Virginia Civil Defense League and the support of county residents at large,” Moore said. “The race was rewarding in that I met so many neighbors, gained new friends and brought forth issues regarding the legal system that needed to be addressed.”

Moore is married to the former Katherine Hollister, and they have three children: Jefferson, Ellie Mae, and Fredrick. They moved to Cumberland six years ago, looking for a more rural community in which to live.

“The people, schools and civic organizations in Cumberland were everything we wanted in a community,” says Moore.

Moore added that he is proud of his family’s community involvement. He volunteers as a coach for the Cumberland Recreation League Flag Football team and PEFYA soccer team. Moore is proud of the teams he has coached. Two teams won the annual league sportsmanship award and one went to the playoffs. His family is also involved in the schools, with Jefferson in the middle and Ellie Mae in the elementary school. The family also attends church in Cumberland.

Katherine is an attorney in the area. She started her career as an associate for James “Penny” Baber in Cumberland where she was lucky enough to practice before her cousin former Circuit Court Judge Richard Blanton, the son of former Cumberland Sheriff Henry Blanton.

Moore brings twenty-three years of criminal trial experience to the position of Commonwealth Attorney, and has maintained a Farmville office for years.

“I’ve tried every type of case from traffic to murder, including over fifty sexually violent cases,” Moore said. “I’ve conducted over 30 jury trials, including two murder jury trials, and tried thousands of other misdemeanor and felony cases.”

What caused him to run?

“It is one of two positions in the judicial system which truly can have a positive impact on people and their lives,” said Moore.

He explained that the Commonwealth’s Attorney tries all misdemeanor and felony cases and decides when to ask for leniency and when to “throw the book at someone.” Determining when the criminal justice system is used for rehabilitation and when it is used for punishment is a tremendous responsibility which is not always adequately handed by the Commonwealth’s Attorney.

“I am committed to doing better, and will communicate with victims and witnesses,” said Moore.

Moore said he has two short term and three long term goals for the office. First, he will improve the communication between the Commonwealth’s Attorney’s office and victims and witnesses. Second, he will work to reduce the number of continuance issued in each case. Courts need to recognize that although the court personnel may not be inconvenienced by a continuance, the witnesses and victims can be. Justice delayed by a flimsy defense continuance is justice denied.

Finally, he wants to start a GR-ACY type program for the area. Preventable injuries are the leading cause of death for Americans from age 14 to 25. Forty percent of all preventable injury deaths are related to car accidents and forty percent of all car accidents involve the use of drugs or alcohol. The GR-ACY program or Get Real About Choices-&-Consequences for You, Is designed to allow juveniles and young adults to see the consequences of their actions from using drugs or alcohol and fast driving. It is an inspiring program which could help many youngsters in the area.

Moore believes he is the best choice for Commonwealth’s Attorney for several reasons. First, he is committed to the community. He has lived, worked and served in the community for years working with youth sports and the schools. He didn’t move here for a job, he moved here for his family.

Second, he has a vast array of knowledge and experience. He has tried cases in almost forty different jurisdictions, so he has seen practices and programs that work and don’t over the years. He has tried every type of case and he has the wisdom to know what each case needs for a proper resolution.

Third, he wants to improve the judicial system and not just be another cog in the machine. Working to make the system more responsive and flexible for the modern age is very much needed.

“I hope based on my training, experience and love of this community, that the people of Cumberland will elect me as their next Commonwealth’s Attorney,” Moore said.