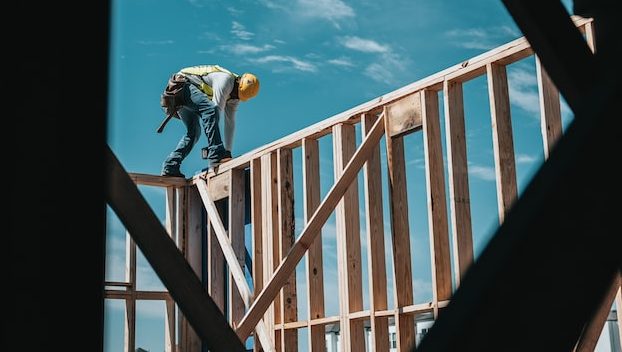 FARMVILLE – They all said no. Over the last two years, Buckingham, Cumberland and Prince Edward counties joined a growing list pulling out of Virginia’s Growth Alliance (VGA), arguing the cost to be in the economic development group was not worth the return on investment. Now they, along with several other counties and Longwood University, want to form a new regional economic development organization, one focusing just on this part of Central Virginia. But first, they need to see if such a project is feasible. That’s where the Commonwealth Regional Council (CRC) comes in.

The CRC is a planning organization, working with Amelia, Buckingham, Charlotte, Cumberland, Lunenburg, Nottoway and Prince Edward counties. They do everything from helping a county write a grant to providing research on a local proposal. That’s what’s happening here. When five of the CRC’s seven counties, excluding Charlotte and Lunenburg, left VGA in 2021, they asked for help. They wanted to see what it would take to create an economic development operation. Otherwise, it would be harder to work on projects with the state.

“The state really likes to work with regional organizations,” said Prince Edward County Administrator Doug Stanley. “They like having just one call to make with a prospect.”

Basically, Stanley said, the idea would be for the regional group to help connect the dots. You might have a company that fits Cumberland best, but doesn’t know who to contact. Maybe the land layout in a portion of Prince Edward is a good size for a company that’s looking to build. The proposed regional group would help provide answers to these questions, while putting companies and counties in contact.

Now a study like this isn’t cheap. That’s why the CRC reached out to GO Virginia, one of the state’s economic growth projects. GO Virginia responded on Thursday, Oct. 20, giving a $65,000 grant to the project to develop a business plan and long-term strategy. In addition to the grant funding, the CRC received matching funds from Longwood University and the seven counties it serves, as we mentioned above.

Along with a CRC cash match and in-kind matches from the Advisory Committee, the budget to design the business plan is $109,500. The plan will include recommendations on the current and desired states of the region’s economy; a work program; business attraction, retention and expansion; small business formation and support; site development; technical support; governance structure; and budget and financial sustainability.

“Really, the process is going to look at is this viable,” said CRC Executive Director Melody Foster. “All of our counties, (they) don’t want to create something just to be creating it. We want to make sure it’s financially sustainable (and) find ways to financially support it moving into the future, beyond just locality membership.”

Also, the counties want to see a return on investment. That is, after all, why they left the previous development group. They want to see a list of prospects. They want to see what companies are interested in moving and which ones are on the fence. And if there’s any hesitation, if a company says they’d like to move in if X or Y happened, then the county officials want to know that as well.

“I’m looking to have information,” Stanley said. “We think this region has tremendous potential, but we need data. Right now, this study is about figuring out the pieces and the partners needed to help take advantage of the potential.”

What about Lunenburg County?

Both Charlotte and Lunenburg counties, even though they haven’t left Virginia’s Growth Alliance, are taking part in this study. Also, Longwood University is getting involved. A university involved in an economic development group has a precedent. James Madison University, for example, is involved with the city of Harrisonburg and neighboring Rockingham County.

“It is a natural fit for us, as a higher ed institution, to support the CRC’s feasibility study for a new Economic Development Organization that could effectively market our region and recruit new business opportunities,” said Sheri McGuire. She works as Longwood’s Associate Vice President for Community and Economic Development.

“We’ve been participating as non-voting representatives at CRC meetings for several years, in order to understand how we as a university can work with and within the region to support (economic development),” McGuire said. “I’ve participated on the CRC’s committee to help develop the Comprehensive Economic Development Strategy for this region. I also actively work with GO Virginia Region 3, alongside SOVA Innovation Hub and Mid-Atlantic Broadband in implementing the regional entrepreneurship and innovation investment strategy.”

All of that work, McGuire said, has given Longwood a chance to see a complete picture of the region’s assets and opportunities. And the university wants to be partners with the counties in taking advantage of those opportunities, to see the region grow and develop.

What’s next for Central Virginia?

The CRC expects to finish the study by October 2023. At that point, our counties here in Central Virginia will have a choice to make. All of the groups involved will decide what the next steps are.