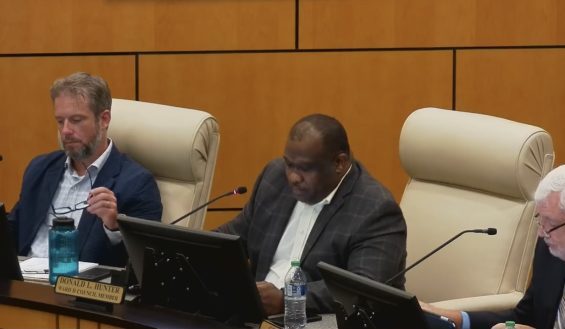 FARMVILLE – If the General Assembly signs off on the town council’s request, Farmville’s charter will change as of July 1, 2023. By unanimous decision, the council voted on Wednesday, Oct. 12 to replace the current one with a version that’s more up to date.

“The conversation about updating or changing the charter has been going on for a very long time,” Farmville mayor David Whitus said. “Our charter, if you read the current charter, is very antiquated. It gives the mayor police powers and all kinds of things the mayor doesn’t need. It has not been updated in a very long time.”

To be specific, the town hasn’t updated the charter since 1956. As Mayor Whitus mentioned, it still references jobs that no longer exist. It is also very specific when it comes to both the powers of the mayor and size of the town.

This fall’s work marks the end of a two-year project by town officials, discussing and eventually determining a way to fix the charter.

“It was roughly back in 2020 that we decided we needed to get this done,” said Farmville town council member Donald Hunter. “This was not done because of an election. We previously figured out it needed to be done.”

Earlier this year, the council hired the law firm Hefty, Wiley and Gore and asked for their help in adjusting the charter. Over the last few months, the group went through the document, researched the Code of Virginia and determined what was obsolete. They looked at what could be removed and what needed to be added. One of the group’s partners, attorney Jeff Gore, made recommendations to the council during their Wednesday, Sept. 14 meeting.

The council held a public hearing during their Oct. 12 meeting to discuss those recommendations, but nobody showed up to speak.

What changes are we talking about?

The town’s current charter says its boundaries “shall contain 846 acres more or less,” but that can cause problems, Gore cautioned back in September.

“If you ever change your boundaries for any reason, a voluntary change or annexation, then suddenly your charter doesn’t reflect your boundaries,” Gore said.

Rather than state a specific number, Gore made a different adjustment. It now reads “the boundaries of the town shall remain as now established unless changed in accordance with applicable law.”

That’s one issue. There are also powers given to the town council in the current document that simply aren’t needed. For example, the council has no need to appoint a town sergeant, as Farmville has a professional police force. The circuit court doesn’t appoint a justice of the peace anymore, but that’s what the charter calls for. Gore pointed out that 15 of the current 62 sections in the charter involve duties of the town treasurer. That position doesn’t exist anymore. Instead, Farmville has a finance director who reports to the town manager.

Gore proposed cleaning that up by eliminating the Circuit Court’s power to appoint justices of the peace. He also suggested removing the language about a town sergeant and treasurer.

What is the Farmville mayor’s role?

And then there’s the mayor’s role. In the current charter, the mayor is identified as the chief executive officer of the town. It gives him “supervisory control of the police,” and the ability to “appoint special police officers when necessary.”

The charter also says the mayor “shall have authority to issue his warrant for the arrest of any person or persons for violation of any of the ordinances or resolutions of the town.” There are several other powers spelled out in more than a page of text, responsibilities that over the last 60 years have been assigned to other people. However in that time, the wording of the charter was just never changed to match the reality.

“In old charters or in old municipal codes, (the) mayor essentially does the administrative role,” Gore said. “(This change) just updates it to current practice and current law.”

Specifically, the revised version recommended by Gore and his firm spells out the mayor’s job in a paragraph.

The recommended version says the mayor has the authority to appoint council committees. It also labels him as head of the town government for “ceremonial purposes, the purpose of military law and the service of civil process.”

Even though the town council adopted these changes, that doesn’t mean they automatically take effect. Now, it’s up to the Assembly. Any changes in a town’s charter requires a two-thirds majority vote of approval by the General Assembly.

If the Assembly signs off on the changes, the new charter would become effective on July 1, 2023. If not, it’ll be back to the drawing board.