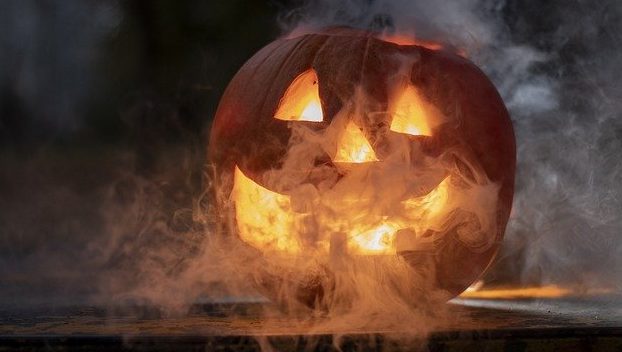 FARMVILLE – The Virginia Children’s Book Festival (VCBF) and Longwood Center for the Visual Arts (LCVA) are offering a chance next week to compete against some New York Times bestselling authors. A locked box style escape room fundraiser will take place on Friday, Oct. 14, beginning at 7 p.m. Residents try to solve a series of riddles, to free the ghosts trapped inside the “Shadow House”.

Longwood Alumni House (also known as the Longwood Bed and Breakfast) will be transformed into a sinister dwelling inspired by Dan Poblocki’s Larkspur House, the lead character in his chilling Shadow House book series for middle grade readers.

Attendees gain entry to the gathering by providing the correct answer to a riddle, and then learn more about their fate from the author himself, who along with Russell Ginns will serve as game masters for the evening.

From there, it’s a race against the clock to solve all the puzzles for a chance to unlock boxes tightly guarded by the ghosts of Shadow House. A joint escape room adventure has long been talked about by VCBF and LCVA staff, but it was the addition of a Thrills and Chills section to the VCBF in person events this year – and more specifically the addition of Russell Ginns and Dan Poblocki to the festival roster – that provided the spark of inspiration for the event.

“Russell is an unparalleled game master, and Dan created the perfect tapestry upon which to work his craft,” said Juanita Giles, VCBF executive director. “The LCVA’s Emily Grabiec and Rachel Talent Ivers are huge fans of haunts and creepy Halloween décor, and they leapt at the chance to give a Shadow House overlay to the B&B.”

Dan Poblocki is the author of many chilling novels for young people, including the Shadow House series, Tales to Keep You Up at Night, Liars’ Room, Ghost Hunter’s Daughter, The Ghost of Graylock, The Haunting of Gabriel Ashe, The Book of Bad Things, and The Nightmarys. Russell Ginns meanwhile is a writer and game designer who specializes in puzzles, songs, and smart fun. He has worked on projects for a wide variety of organizations, corporations, and publications, including Sesame Workshop, Girl Scouts of America, Nintendo, and Scientific American. He is the author of the Samantha Spinner series.

Although the Shadow House is a shape-shifter, there are a limited number of tickets available due to the space limitations of the venue. Tickets are $100 per guest, and available on a first come, first served basis.

“This is an incredible opportunity to enjoy an escape room created by two of the best – Dan and Russell – in an intimate setting for about the same amount as one would spend on and evening of food, drinks, and an escape room experience at commercial establishments, but with the added, possibly tax deductible, benefit of supporting the Center for the Visual Arts and VCBF,” remarked LCVA’s executive director, Rachel Talent Ivers. “We are so grateful for the enthusiastic support of the event by several community businesses including Navona and David Hart; Century 21 Realty @ Home; North Street Press Club; Elder, Watkins & Friedman P.C. Attorneys at Law; The Farmers Bank of Appomattox; A Great Escape Spalon; and The Hotel Weyanoke.”