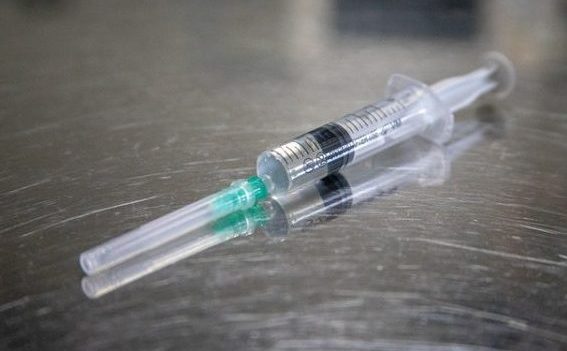 We can look back at various wars that our nation has been involved in and have differing opinions on why we were involved and were they worth the loss of limb and life. Poor leadership in Washington will always tarnish what happened in Vietnam and Afghanistan.

That same poor leadership is playing out in our war on fentanyl coming into the United States. Most of the drug is manufactured in China then shipped to Mexican drug cartels, where it is smuggled into our country.

No one can, or at the very least, has tried to explain why President Biden has not shown the least bit of interest in the problem. Probably he is afraid that if he brings the national media to the issue, it will reflect poorly upon his lack of action on our southern border. Cocaine and heroin have been a drag on our families, businesses, and economy for years. Families have been destroyed, businesses have lost because of direct theft and from lost production of employees.

At the same time, the government has been forced to spend on prisons to protect citizens and on counselors to try to save those addicted to drugs. In years past, we worked nationally to try to slow down the movement of drugs from the fields of Columbia and Central America. This administration has ended all those efforts.

Every year, our country breaks new records in drug deaths directly from overdose accidents. In addition, we lose young people when drug wars break out among gangs attempting to protect their drug territory or take over the market of others. Sadly, some die simply because they are caught in the line of fire of gangs or from trying to protect themselves from drug users attempting to steal their property for cash to support their habit.

In the last several years, China has become the major source of a new more dangerous drug – fentanyl. Fentanyl is produced more cheaply than opioids.However, a tiny amount can easily kill those that come in contact with it.

Our state labs have had to change how they test drugs because of the risks created by fentanyl getting on a lab workers skin. We now require lab workers to work in pairs because if one worker got fentanyl on their skin, they could easily pass out. Without immediate action, they could be dead in moments. Why then is fentanyl even used by drug dealers? Surely, they do not want to kill their customers! They can, however, use miniscule amounts of fentanyl to reduce the amount of heroin, cocaine, or marijuana needed and still produce the sought after ‘high’ their customers are seeking. Occasionally, however, dealers add too much and do kill buyers.

All of this has been sad enough, however, it is now getting much worse very quickly. The Chinese have started making fentanyl tablets that look very much like candy. They are making them in assorted colors and look much like pieces of candy that would attract young children if found.

What is China’s goal?

There can be only one goal to do something like this so evil! The leaders of the Chinese Communist Party are at war with the USA to dominate the world economy. What better way than to kill off some of our youth without firing a single bullet.

At the same time they are doing this, they are buying American farmland and corporations. The Chinese Communist Party has for years infringed on patents of American businesses. They have tied the hands of our president by paying his son and family millions of dollars.

We can and must do better! The first step is to do a better job of protecting our southern border. The next step is to vote out of office those who do not take the issues involved seriously. That begins at the local level where too many prosecutors around our nation have been elected with the financial help of George Soros.

Elected with the mindset that drug offenses, including drug dealers, are not serious and should not be seriously punished. Likewise, vote out those on the local, state, and federal level that are soft on criminals and have voted to tie the hands of our law enforcement officers.

Want to offer your opinion in a letter to the editor? Click here.