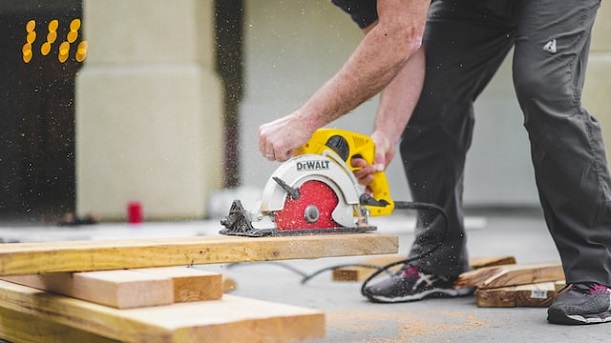 FARMVILLE – You may have already seen the sites being cleared off of Andrews Drive in Farmville. The homes are going up, both in Prince Edward and two other nearby counties. The goal here isn’t just new construction. This project, a joint partnership organized by the Commonwealth Regional Council, is designed to help with the problem of affordable housing.

It’s an issue we see both here locally and across the state. Based on a Dec. 2021 report by Virginia’s Joint Legislative and Audit Review Commission, 29% of households in the state struggle with housing costs. Nearly half of those spent more than 50% of their income on housing, both rental and owned. And as mentioned, it’s a problem here locally. The study found 67% of households struggling with housing costs either lived in this region or in Northern Virginia.

So what’s causing this problem? Housing prices keep rising. The median home sales price here in Virginia climbed 28% over the last five years, to $270,000 at the end of 2021. The key part is in the last three years alone, Virginia’s supply of “starter” homes, those usually more affordable to low-and-middle-income households, has dropped by 40%, according to the Virginia Realtors Association.

That’s where Virginia Housing comes in.

Created in 1972 by the Virginia General Assembly, the Virginia Housing Development Authority is a self-supporting nonprofit. Their goal is to help people get into affordable housing through a number of different programs. In July 2021, five months before the JLARC study came out, Virginia Housing launched a new type of program. Instead of working with individuals, they gave $40 million total to planning districts across the state. Each one received a specific amount and a deadline, when they needed to have construction finished.

The Commonwealth Regional Council (CRC), which includes Prince Edward, Buckingham, Charlotte, Amelia and Lunenburg counties, received $2 million. That money was meant to build 20 homes, a project that needs to be finished by June 2024.

“We have a close working relationship with these organizations,” said Virginia Housing CEO Susan Dewey. “This grant program will build upon that partnership by promoting regional approaches to housing development.”

For the CRC, that meant putting out a call for partners.

“We did some research,” said Melody Foster, CRC’s executive director. “We didn’t want to recreate the wheel, so we had some discussions with our localities and put out a (request for proposals).”

Affordable housing across the region

Piedmont Habitat’s project will stretch across three counties. The group is building four homes in Prince Edward, three in Nottoway and four in Charlotte County.

“We’re doing three builds at once in Farmville, over off Andrews Drive,” said Sam Rabon. He works as Piedmont’s director of resource development and marketing.

Rabon said the land’s already been cleared and construction will get underway soon, with a goal of being finished by early spring.

“Three at a time is the most we can do,” Rabon said. “We’re structuring them in a block, doing three in one location, instead of doing one here and one there.”

Once these homes in Farmville are finished, then Piedmont staff will turn their attention to the builds in Charlotte and Nottoway counties.

“Those are further down the pipeline in development,” Rabon said. “There’s still plenty of preliminary work that needs to be done.”

Building these 20 homes won’t use up the full $2 million in grant funding, but that’s by design, Foster explained.

“We wanted to make sure we didn’t run into any issues,” Foster said. “If they need extra, we wanted some on hand. But if things go well, we may put out an additional request for bids and add a few more houses.”

As for the future, Foster said if this succeeds, she’s hopeful Virginia Housing will do it again.

“This was a trial run, a pilot program,” Foster said. “The hope is to go back and get more.”