Emporia man arrested in connection with threat to Lunenburg schools 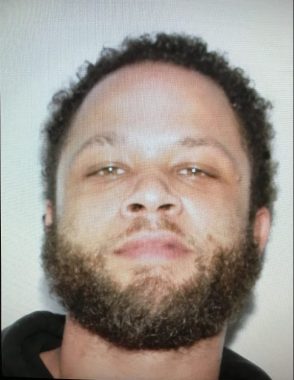 EMPORIA – A 30-year-old Emporia man was arrested Wednesday, Sept. 14, linked to the threat made against Lunenburg schools. Lunenburg County Sheriff Arthur Townsend announced that Nicholas Jamal Rhodes faces one felony count of Communicating a Threat to Cause Injury to Persons on School Property.

Everything from classes to athletic events were canceled Monday in the district, after the sheriff’s office received a threat against the schools. The threat, which came in Sunday night through the sheriff’s office’s Facebook page, was vague, but specific enough to be taken seriously, school district officials said.

Townsend thanked the Virginia State Police’s High Tech Crimes Division, who he said had successfully traced the source of the threatening message. It appears the situation had more to do with revenge against a former acquaintance than anything related to the school district, the sheriff added.

“We were able to determine that the perpetrator was motivated by his anger toward an acquaintance over a certain issue and wanted to get him in trouble,” Townsend said in a statement Wednesday night.

Townsend alleged that Rhodes gained access to this acquaintance’s old Facebook page. The suspect then allegedly used the page to send the threatening message, the sheriff said.

Rhodes was arrested Wednesday near his home in Emporia and is currently being held in the Southside Regional Jail. Townsend said that bail had been denied in this case. Rhodes will go before a Lunenburg County judge on Thursday, at which point a date will be set for a preliminary hearing in this case.

Townsend said he couldn’t release any further details at this time, but thanked everyone for their patience while the investigation moved forward.

“I am grateful for the cooperation of the school administration and all local law enforcement for stepping up to ensure the safety of our students and staff at the schools,” Townsend said. “I know it was difficult for parents to be patient, but these types of investigations take time and I am very pleased at the prompt efforts and response of the state police experts.”

Townsend also had high praise for Lt. Kevin Abernathy, who led the investigation for Lunenburg, as well as the investigators and deputies who worked on this case.

What about Lunenburg schools?

As for the schools, any Lunenburg student who stays home this week due to the recent threat will have their absence excused. Officials with Lunenburg County Public Schools made that clear Tuesday. There’s just one requirement.

District officials also promised an increased law enforcement presence at Lunenburg County Schools this week, to help students, parents and staff feel safe. Deputies will be onsite and within the area to both reassure and protect everyone in each of these schools.