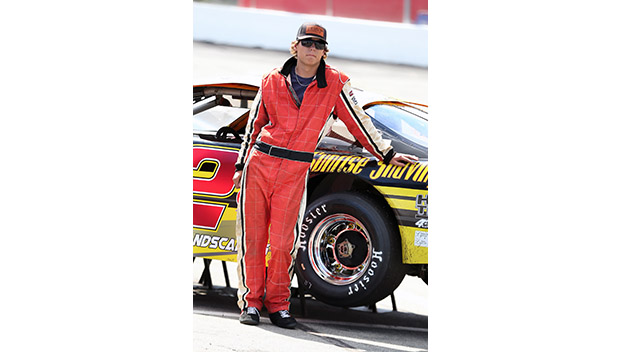 (JOE CHANDLER | SOUTH BOSTON SPEEDWAY) Zach Peregoy watches the action of the track while awaiting the start of practice.

Zach Peregoy has a simple desire that is putting him among the top drivers in South Boston Speedway’s Budweiser Limited Sportsman Division point standings.

“I want to get better every weekend,” remarked the 17-year-old Clarksville resident. “We’re slowly getting the car better, and I’m getting better in the car with more experience.”

The Mecklenburg High School student has quietly worked his way up to fifth place in the division point standings with two nights of racing and a total of three races remaining in South Boston Speedway’s track points season.

Peregoy, the son of long-time South Boston Speedway competitor Tommy Peregoy, has one Top-Five finish and nine Top-10 finishes in 10 starts with a best finish of fifth. That is a solid record when one considers the young driver’s lack of experience and the tough, highly competitive field of drivers he faces each week at the .4-mile oval.

“It’s been a pretty good season,” the young racer remarked. “I ran five races here last season. That helped me some because this track is hard to get around. Getting a start on learning the track for this year helped a lot.”

Peregoy’s focus this season is on learning and consistency.

“You’ve always got to keep a positive attitude, always try to learn something,” he explained. “When I get behind somebody that I know has been racing in the Limited Sportsman Division for a few years I try to watch them and learn from them so I can do the best I can. After each race I try to look back and learn from it, keep the good things in mind and kick out the bad things.

“I’ve still got a lot to learn,” Peregoy added. “I learn things every race here at South Boston Speedway. It helps a lot finishing races and running all of the laps.”

Consistency has been one of the hallmarks of Peregoy’s season. “This is my first year of running a full season, so being consistent and finishing races is what we have been working toward,” Peregoy added. “I want to log the most laps I can to get the most experience possible.”

“I play baseball just to have fun and to learn things,” Peregoy said of playing baseball. Playing baseball and racing at the same time got hectic at times, but Peregoy did well in both.

“When racing season started, I was still in baseball,” Peregoy pointed out. “I had right much going on because we played two games a week and were having practice and I also was working on the car. There was a lot of back-and-forth going on, but it eased my mind and helped me stay focused on everything.”

Special guest appearances, displays, vintage racing, a full program of NASCAR Advance Auto Parts Weekly Series racing action and a colorful fireworks display will all be part of the event.

When it comes to vintage racing, fans will see some of the best in oval-track vintage racing as part of the seven-race program. Member competitors of the Southern Ground Pounders Vintage Racing Club will compete in a 25-lap race in their vintage Modified and Late Model Sportsman cars.

A colorful fireworks display celebrating the speedway’s 65th anniversary will follow the night’s racing action and cap the anniversary celebration.

Advance adult general admission tickets are priced at $10 each and may be purchased online at www.southbostonspeedway.com by calling the speedway office at (434) 572-4947.