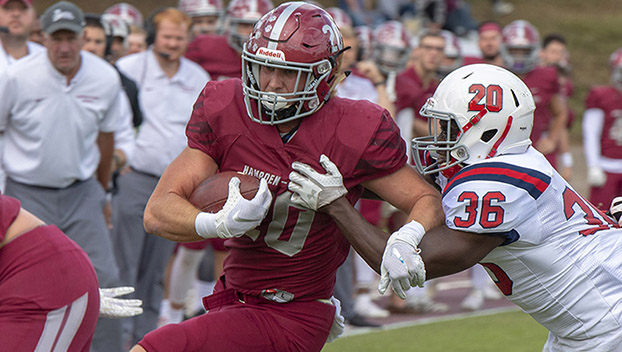 HAMPDEN-SYDNEY – If the pollsters are right, the Tigers of Hampden-Sydney College will have a pretty decent football season. The team was projected to finish third in the 2022 Old Dominion Athletic Conference (ODAC) Football Preseason Poll.

Hampden-Sydney finished last season with a final record of 5-5 overall, including going 4-2 in ODAC. That was good enough for third place, where they’re expected to end up again.

“The past two ODAC Champions are ranked ahead of us,” said Hampden-Sydney head coach Marty Favret. “That seems fair. It should be an exciting fall.”

A look at the Hampden-Sydney team

Favret, who returns for his 23rd year at the helm, has 67 lettermen among the 127-man roster this fall, including 11 starters. Meanwhile, the roster includes a record 60 newcomers to the program. Favret is the second-winningest football coach in school history with 140 victories (140-81), including 15 winning campaigns, while a five-time ODAC Coach of the Year. His program is 90-48 in ODAC games, while earning five ODAC Championships and making six Division III Football Championship appearances.

A look at the staff

The 10-game regular season schedule begins on the road at Wabash College on September 3 at 1 p.m. in Crawfordsville, Indiana in a renewal of The Gentlemen’s Classic. H-SC will play its home opener against Widener (PA) University on Sept. 10 at 1 p.m. on Fulton Field at Lewis C. Everett Stadium.