Farmville comes together for National Night Out 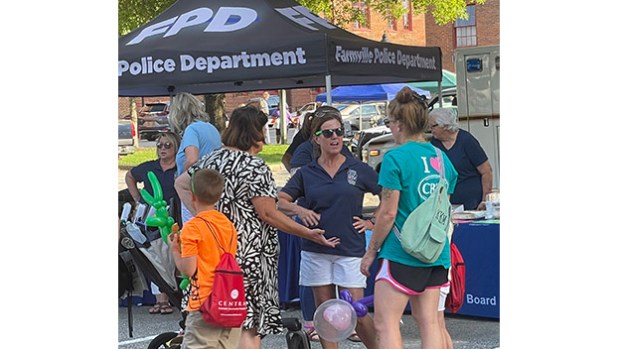 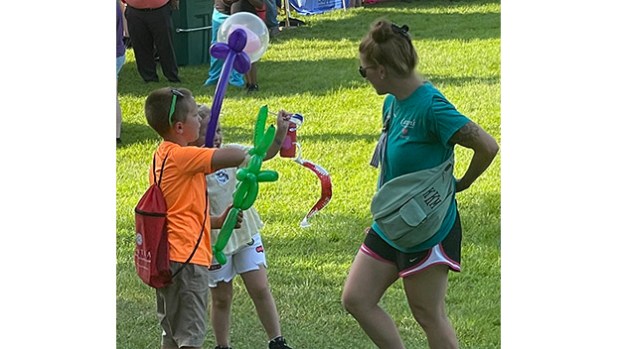 A kid shows his mom the balloon animal he just got at National Night Out. (Photo by Brian Carlton) 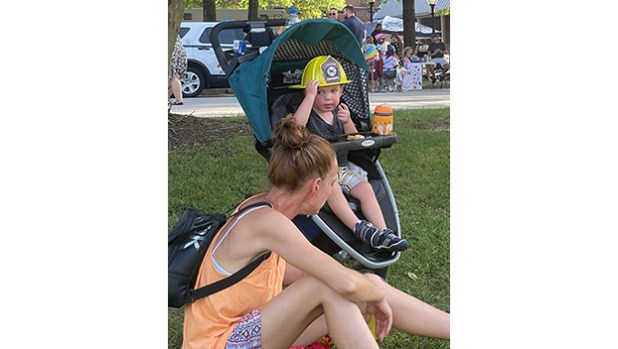 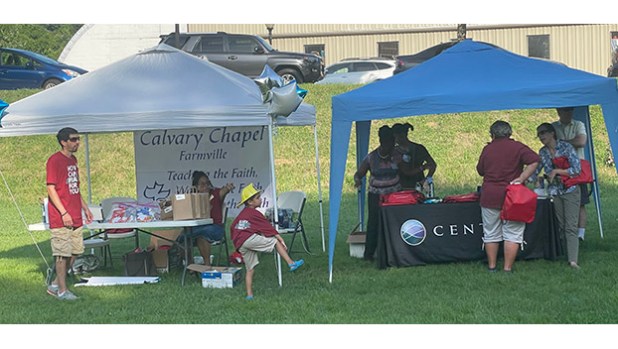 Local churches and other groups set up tents to give information and let people know about upcoming events. (Photo by Brian Carlton) 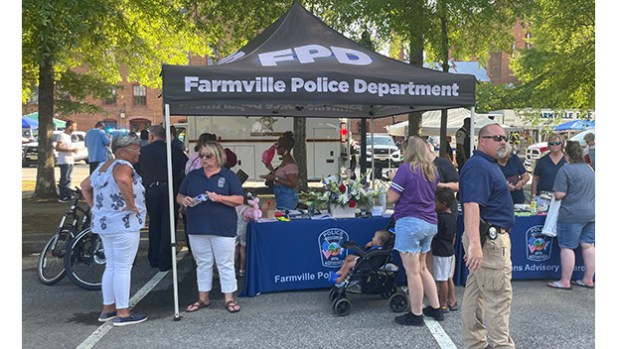 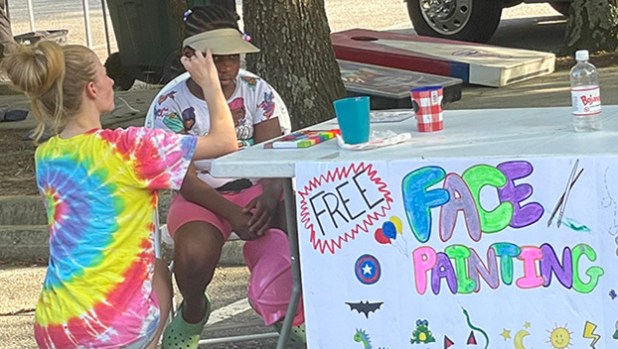 A young girl got her face painted during Tuesday's National Night Out celebration in Farmville. (Photo by Brian Carlton) 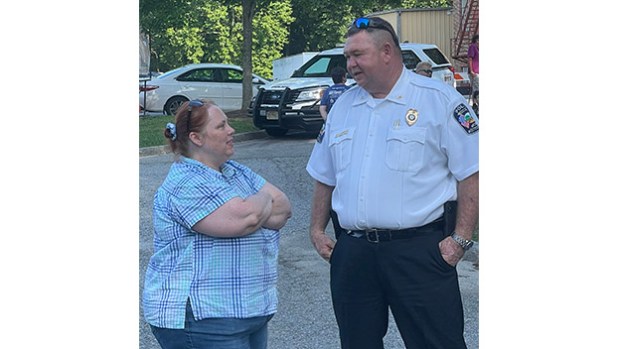 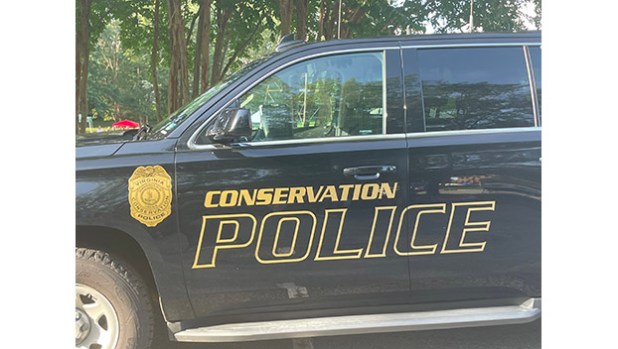 A number of different law enforcement agencies from around the Commonwealth showed up for Farmville's celebration on Tuesday night. (Photo by Brian Carlton) 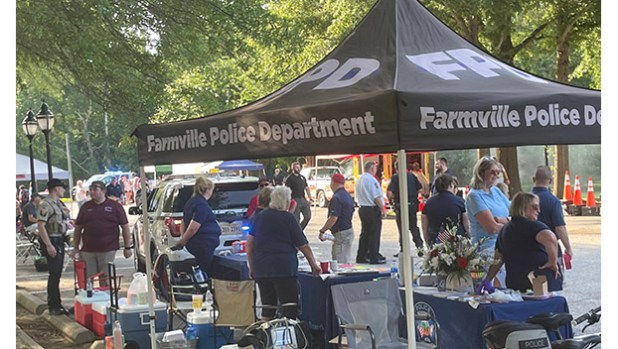 Residents poured into Riverside Park on Tuesday night to listen to the music, try some food and celebrate National Night Out. (Photo by Brian Carlton) 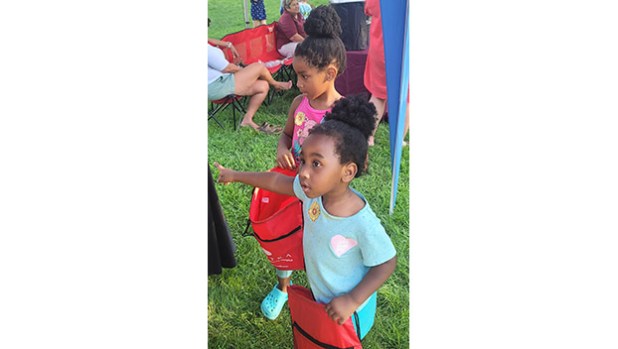 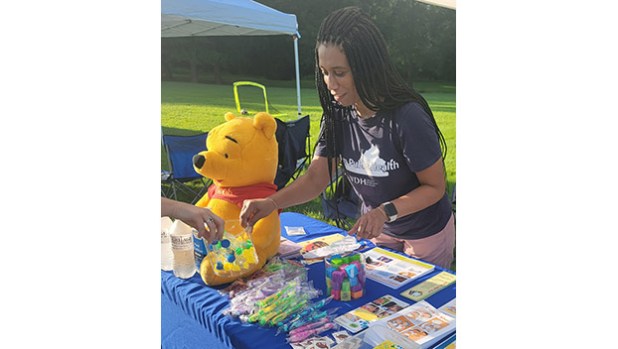 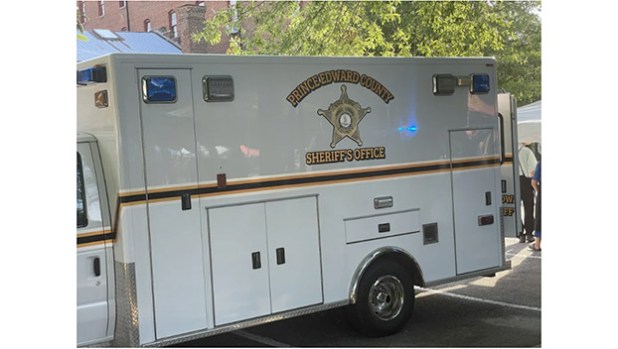 FARMVILLE — Everything from The Beatles to Van Morrison played on the speakers. Kids ran around Riverside Park, showing off balloon animals and facepaint to their parents. Police officers talked with residents, answering questions and just having conversation. Overall, everyone seemed to enjoy the new version of National Night Out in Farmville.

“In years past, the National Night Out celebrations have been held in different neighborhoods in our community,” said Farmville Chief of Police Andy Ellington. “We’ve had as many as 14 at one time. We decided to try something new this year and bring it all together in one central location.”

That seemed to work well, with people filling up nearby parking lots and making their way into the park. Ellington coordinated with other agencies, bringing in officers from the Virginia State Police, Virginia Department of Forestry, Virginia State Parks, Cumberland Sheriff’s Office and the Buckingham County Sheriff’s Office, to go along with staff from the local fire departments and rescue squads. Members of the Longwood and Hampton Sydney police departments were also on hand.

Back to the Beginning

Bringing everyone together goes back to the original concept for National Night Out , which was started back in 1984. The goal, both here locally and in other celebrations across the country, is to build communities and develop relationships between law enforcement and the residents they serve. The way that happens has changed quite a bit since the first National Night Out in Merion, Pennsylvania. On that first Tuesday in August 1984, local residents simply turned on their porch lights and sat in front of their homes as a symbol of community.

Over time, those front porch vigils turned into festivals, cookouts and block parties, like the one held Tuesday in Farmville. At Riverside Park, local groups set up tents where parents could come get information about upcoming events, learn safety tips and ask questions.

Meanwhile, the kids had a safe place to run around and have fun.

“It’s great to have something like this, where we can bring the family and just have a good time,” said Daniel Marley. The 39-year-old was there with his wife and nine-year-old son. “I appreciate everybody who put this together.”

“It’s nice to see the community having fun,” his wife Amie agreed. “There’s so much negative stuff out there. It’s good to see something positive happening.”

Click here to see more upcoming events in Farmville and the surrounding areas.