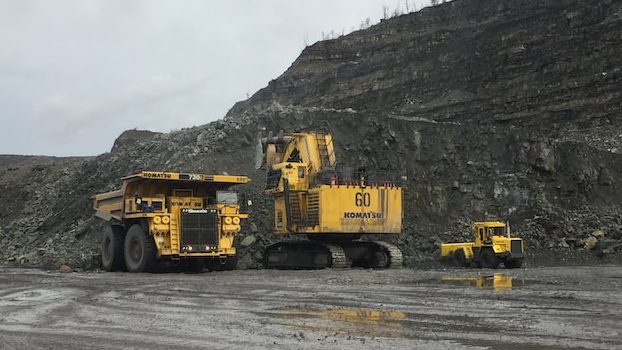 BUCKINGHAM — Buckingham County residents will have to wait a bit longer to learn if gold mining will be allowed in their area. In their Monday, Aug. 8 meeting, the Buckingham Board of Supervisors tabled a proposed ordinance that would have placed restrictions on mining, despite opposition from residents.

County administrator Karl Carter explained during the meeting that Virginia’s current law does not allow for local governments to prohibit the practice of gold mining.

Chairman T. Jordan Miles recommended the board wait to make a decision on the ordinance until a statewide study on gold mining, established by legislation passed last year in the General Assembly by Delegate Guzman, is completed on Dec. 1.

“Next year, the General Assembly might outright ban gold mining,” Chairman Miles said. “Something definitely needs to be put in place, but I would like to see that study done.”

Over a dozen community members spoke in support of the ordinance to the board during the public comment period about the potential health risks, environmental damage and destruction of land they said will impact the county if gold mining operations continue.

Chad Oba is the director of Friends of Buckingham, which worked alongside the Virginia Community Rights Network to initially propose the ordinance. She urged the board to move swiftly in passing the ordinance.

“It is our hope that people have a right not to be poisoned,” Oba said. “And that you agree with that.”

Resident Stephanie Rinaldi told the board nearly 1,000 Buckingham County residents signed a petition in support of the ordinance titled: “Ordinance Requiring an Assessment of the Compatibility of Metallic Mining with the Right to Freedom from Toxic Trespass.”

The ordinance declares the right and responsibility for localities to protect its communities, residents, water, air and land from toxic substances. It would also require a metallic mining company to “Prove it First”, meaning it would first have to provide proof of at least one metallic mine that did not cause harm.

Thomas Ullrich, Chief Executive Officer of Aston Bay Holdings, stated in an email he has no comment on the ordinance, adding “these are initiatives that affect the property owners in the county, and the potential value of their land.”

A 2017 study of gold mines in the U.S. found that 100% of the mines analyzed — representing 93% of gold produced in the United States in 2013 — experienced an accidental release of hazardous materials. This can include cyanide, which is used to extract over 90% of the gold mined in the U.S. and is extremely lethal to humans even in small amounts, according to the Johns Hopkins Bloomberg School of Public Health.

The Environmental Protection Agency states rainwater carries toxins from mining open-pit waste dumps downstream through runoff and can infiltrate surface and groundwater resources, posing a serious threat to human health and the environment.

Resident Sosie Hublitz spoke to the board in support of the ordinance, reminding them that toxic runoff from gold mines wouldn’t only harm Buckingham County.

Gold mining also generates dust and airborne pollutants that are carried by the wind into surrounding communities, according to a study published by the National Library of Medicine. Soil exposure to small-particle pollutants has been linked to heart attacks, decreased lung function and premature death in individuals with heart and lung disease.

What power do residents have?

Resident Maggie Snoddy asked a question of the board, wondering why members are so concerned about being sued for denying a mining permit.

“What company has that kind of power or the right to tell any community we want to come in, destroy your land and water, along with your wells and groundwater, and leave you with cancer and a shortened lifespan?” Snoddy said.

Resident James Wotten Jr.’s family has lived in the county since coming to work in the coal mines in 1742. He spoke to the board in support of the ordinance because his home place is under threat of being developed into a gold mine.

“It breaks my heart to think that it would be covered up and never be known to any of my grandchildren in the future,” Wotten said. “Because nobody will ever know it is there.”

Chairman Miles currently serves on the state agency committee studying the mining and processing of gold in Virginia, established by Delegate Guzman’s bill. He recommended waiting until the study results come out to see if the General Assembly will initiate a statewide ban on gold mining, but encouraged residents to speak at the committee meetings.

“That’s the purpose of the meetings is to consider all of this,” Chairman Miles said.

Supervisor Don Matthews agreed with Chairman Miles to wait on the results, but emphasized gold mining in the county is an issue that needs to be addressed.

“We’re showing that we’re working on something but instead of having to do it twice why don’t we see what the state comes up with?” Matthews said. “If it’s not sufficient, then we’ll have to step in and do what we need to do.”

The next state agency committee meeting is Friday, Aug. 26 from 9 a.m. until 12 p.m. Anyone interested in providing public comment can email goldstudy@energy.virginia.gov, or visit the gold mining study page under the Virginia Department of Energy website to learn more.