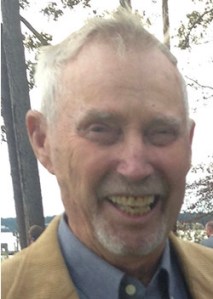 Robert Floyd Wise Sr., 87 of Cumberland, passed away on Monday, June 27. He was born on March 21, 1935 to the late Lawrence E. Wise and Katherine Duke (Rainey) Wise. He was married 50 years to his loving wife, Mary Kathleen (Dize) Wise, who predeceased him.

Robert spent all of his life doing what he loved, digging in the dirt; be it excavating, grading or laying pipe. Robert was one of the best. He and his son-in-law, Bill, began what became a thriving utility contracting business, Chesapeake Bay Contractors, in Virginia Beach, a business still being run by his grandsons. After retirement, he loved playing on his tractor, tending to his animals and “piddling’ in the barn on his projects. He loved to take something that was falling to pieces and making it new again.

He was preceded in death by his parent; four brothers, Joe, Johnny, William and Sheppy Wise; two sisters, Ethel Denton and Willie Wagner and one grandson, Scotty Thompson.