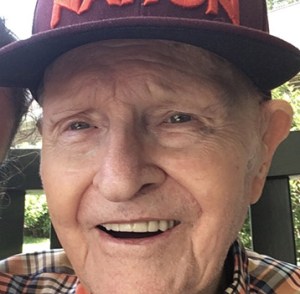 Papa has been, as Emily Dickinson once wrote, “summoned by the tides.”

Louis Alvin Wunnenberg Sr., 94, died June 27, at Brookview Assisted Living, Woodlands in Farmville. He was born in Norfolk County (now in Norfolk), on July 12, 1927, the son of John E. Sr. and Mary Ruth Fraser Wunnenberg. Brought up in Tidewater, he was never far from the water, his life long love. He was educated in Norfolk County Schools, Granby High School and St. John’s in Kansas. He attended St. Helena College and Norfolk Division of William and Mary. He served in the U.S. Merchant Marines and the U.S. Army during World War II.

He graduated from the American Institute of Banking and School of Bank Management at the University of Virginia and began his 43-year banking career with National Bank of Commerce and Trust (currently Bank of America), retiring as Senior Vice President in the Corporate Commercial Loan Division.

He was President of the Exchange Club of Midtown Norfolk and was named its Exchangite of the Year. He was a long-time member of Trinity Lutheran Church in Norfolk, and long-time Chair of Norfolk’s United Way Campaign. He was a past member of the Harbor Club, Virginia Beach Sport’s Club, Lafayette Yacht Club, board member of the Girl’s Club of Norfolk, member of the Elk’s Lodge of Norfolk, American Legion Post 141, a charter member of the United States Holocaust Memorial Museum, as well as a longtime contributor to both the Lutheran Hour Ministries and the Williamsburg Foundation. 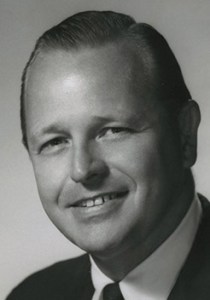 A memorial service will be announced at a later date, although his burial will remain private.

The family wants to thank the staff at Brookview, who took such excellent care of our father during the last two and a half years. To the wonderful Brookview nursing staff and Hospice of Virginia, who made his last days so comfortable, we extend special gratitude.

To all he loved, Papa left these wishes: “May you have Fair Winds and Following Seas.”