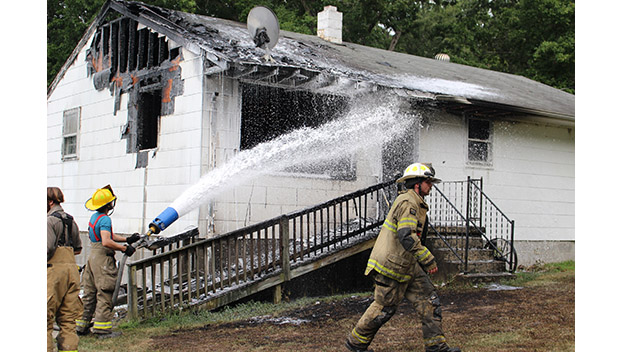 Two volunteer fire departments responded to a house fire on Holman Mill Road Thursday, July 21, according to Cumberland County Department Chief Ben Pfiffer. A neighbor called the fire department as the resident used a garden hose to slow the fire. Cumberland Volunteer Fire Department arrived on scene first and began fighting the blaze on the inside of the house. The Randolph District Volunteer Fire Department then arrived about 11 minutes later, according to Pfifer. The fire was under control after two minutes of arrival. The Farmville Volunteer Fire Department was canceled after the firefighters on scene gained control of the fire, Pfiffer said. Much of the firefighters’ time was spent on checking for hotspots. The fire was caused by a window air conditioner unit and damaged about 30% of the house. The bulk of the damage was in the living room and kitchen, with significant smoke and heat damage. No injuries were reported and The Red Cross is assisting the resident, according to a CVFD Facebook post.