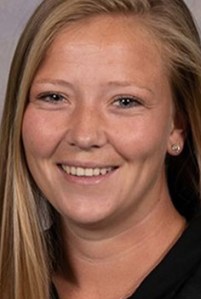 Ferguson, formerly the head women’s lacrosse coach at Life University, will be responsible for all aspects of the program. This includes oversight of practice, game preparation, game strategy and recruiting.

“We are thrilled to have Kylar Ferguson taking over the women’s lacrosse program at Longwood,” said Shaver about Ferguson’s hiring. “She has guided the Life University program from the beginning and developed it into a national contender at the NAIA level. She has demonstrated the ability to build a winning culture by investing in her players and we have no doubt she will continue that at Longwood.”

Ferguson served as the head coach of the Life University lacrosse program from July 2017 through the conclusion of the 2022 season. At Life, she led the program since its inception in 2019 and saw constant growth each season she was in charge. After going 7-7 in year one of Ferguson’s tenure, the Running Eagles started the following season 7-1, which included a victory over the seventh ranked team in the nation, before the season was cut short due to the COVID-19 pandemic.

Life finished the season ranked seventh in the country, and four students were recognized as Daktronics Scholar Athletes. Entering the 2021 season, Ferguson continued her success finishing 11-7, despite holding one of the toughest schedules in the nation, and claimed the Running Eagles first NAIA National Tournament bid. The team led the country in caused turnovers for two consecutive seasons and had five All-Conference players and three All-Americans in 2021.

In 2022, Ferguson led the program to their best finish in school history at 15-6 and claimed victories over four opponents ranked in the top 10 in the nation.

“I am excited for this opportunity with Longwood University Athletics to become a part of the Lancer family and lead the Women’s Lacrosse program,” explained Ferguson after being named head coach.

Prior to Life University, Ferguson was the head women’s club lacrosse coach at Kennesaw State University, where she produced an undefeated season in her one year in charge.

In her career, Ferguson has coached six All-Americans and 15 All Mid-South Conference players. The teams she has coached have all finished with at least a 3.0 GPA and she has never coached a losing season. Her prioritization of community service on a program level earned her team the Servant Leadership Team of the Year two years running with the Running Eagles.