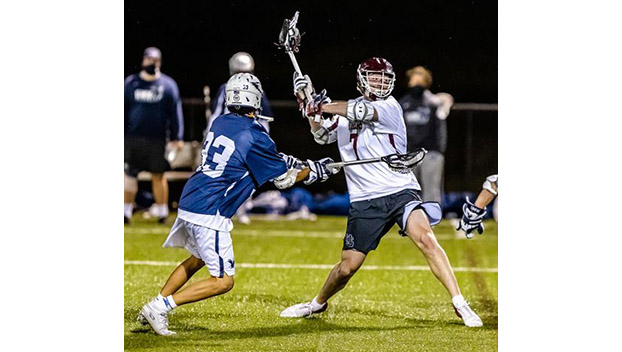 Hampden-Sydney College (H-SC) senior Sean Duffy of Ambler, Pennsylvania has been named a 2022 Intercollegiate Men’s Lacrosse Coaches Association Division III First Team All-American. The midfielder started 19 of 20 games for the Tigers this spring and posted 44 goals and 17 assists for 61 points, including three game-winning goals, along with 22 ground balls and two caused turnovers. He had season-highs of seven goals, three assists and eight points. Duffy was previously recognized as the IMLCA Region 4 Offensive Player of the Year and First Team All-Region 4, as well as a United States Intercollegiate Lacrosse Association Division III Second Team All-American, the Old Dominion Athletic Conference Player of the Year and First Team All-ODAC honoree, along with being selected to the ODAC All-Tournament Team. Sean was also picked to play in the 2022 USILA Senior All-Star Game, but was unable to participate.

H-SC completed 2022 with a final record of 13-7 overall, including 6-4 in the ODAC for fifth place, before advancing to the ODAC Tournament Championship contest for the first time since 2017.