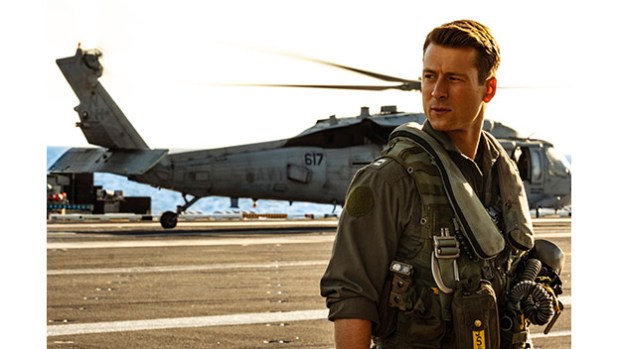 (PHOTOS ARE COURTESY OF PARAMOUNT) 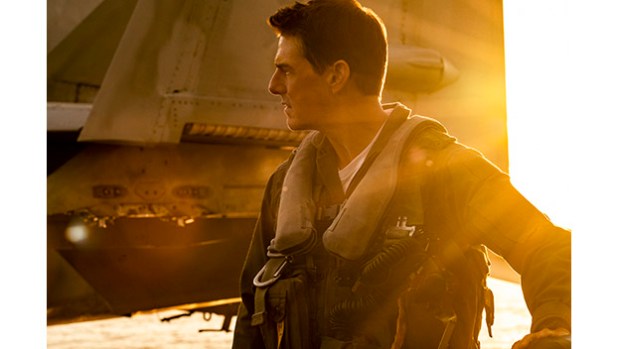 (PHOTOS ARE COURTESY OF PARAMOUNT)

I don’t know how to tell you this, but TOP GUN: MAVERICK is better than the original TOP GUN. I know that may surprise you, but I seriously cannot believe what an amazingly entertaining experience MAVERICK will bring to audiences. As a diehard movie fan, this was almost a religious experience. From the rumble of the jet engines that shake your seat, to the amazing cockpit and fighter aircraft scenes (which are some of the coolest shots I have ever seen on-screen) if you don’t see this film in an IMAX theater, you are doing yourself and the film a huge disservice. I NEVER underestimate Tom Cruise, who has been churning out top-tier action films his whole career, but MAVERICK is so good it’s almost hard to believe. And I love the easter egg references, especially the inclusion of the always-amazing Jennifer Connelly as Penny, the admiral’s daughter that Maverick gets teased for romancing in the original film.

The last time we saw Pete “Maverick” Mitchell, (Tom Cruise) he was trying to prove himself as the top aviator in the U.S. Navy’s Top Gun program. Now, more than thirty years later, he is still trying to prove himself; only this time he is a test pilot, trying to break the the speed record in the Navy’s latest experimental hypersonic aircraft. Maverick and his team are under the gun to prove manned aircraft are still an important tool for the Navy and cannot be completely replaced by UAVs, as many of the top brass believe. This issue becomes even more timely when intelligence reveals an unnamed hostile nation has developed a uranium enrichment facility. Due to the topography of the facility, jammers, and surface-to-air missiles protecting it, only manned aircraft will be able to infiltrate and destroy it (think STAR WARS).

But who is talented enough to teach the young team of F-18 aviators—led by Hangman (Glen Powell) and Rooster (Miles Teller), who just so happens to be Maverick’s late wingman Goose’s son—how to conduct such a precise, difficult mission? I’ll give you one guess.

I was so excited for the opportunity to fangirl out with two of of my favorite actors from the film, Glen Powell (aka Hangman) and Greg Tarzan Davis (aka Coyote). Both were a delight to speak to and it’s clear they were excited to talk about their experiences filming MAVERICK. You better believe I made sure to let them know how much I loved the film and that it is one of my favorite movie sequels ever. I started the interview by asking what their favorite movie sequels are. “Indiana Jones and the Last Crusade,” said Powell, “I think that is an iconic movie and also very similar to MAVERICK in that the first movie stands on its own and establishes the world, but I think the third movie is the best Indiana Jones movie, which is similar to this one.” Davis said his favorite sequel is BAD BOYS FOR LIFE, “I thought it aged well. I think TOP GUN aged well with the character of Maverick. People loved Maverick when they were young and then they get older and he gets older… I think BAD BOYS did a great job of having the characters grow and not stuck on [the previous films].”

Out of the F-18 crew, Coyote and Hangman’s friendship really seemed to jump off the screen; I think it’s clear why thanks to their real-life friendship. I loved the way the film introduced their characters by having them engage in a “friendly” game of darts. Coyote covers Hangman’s eyes to see if he can hit a blind bullseye… AND HE DOES! I had to know if that was real or movie magic. “Listen, it was so crazy because he did!”, said Davis. Powell elaborated, “The coverage was on Tom [Cruise], though. I hit two bullseyes in a row. Tom literally was like [makes a shocked face]. That really was a moment, to do two bullseyes in front of Tom…it was a moment that I was like this is so cool. To see him geek out…”

One of the most palpable elements of the film is the camaraderie between the cast; it is the heart of the film and really builds MAVERICK’s emotional center. I was super touched by the inclusion of Val Kilmer, who has a phenomenal interaction with Cruise; if the scene doesn’t make you tear up, I will be shocked. The cast reinforced how much they felt like a family. “I lucked up joining a cast that was just great people,” Davis said. “We bonded instantly and there was so much to bond over making this iconic film, where the pressure was on, but it was a privilege and we embraced it.”

But the cast was also super competitive, especially Powell and his costar Monica Barbaro, who plays Phoenix. “Monica and I were very competitive and Tom thought that was really funny. There was one day where I was like how many times can we pull 7.5Gs within this hour, so we did bombing run after bombing run. I think it was 60 or something. At the end of it, I was like there is no way she can beat this. We did this a full hour. Then we get a report and Monica is like I beat you by ten. By that point, we had already graduated to the F-18 so I couldn’t make it up and she ended up winning.”

Powell goes on to elaborate that there was still love amongst the rivalry. “There is competition within the camaraderie. We all love each other, but the fact that everyone wants to compete… I think that’s what defines TOP GUN. We are all on the same team, but everyone individually wants to win and I think that’s what makes the best of the best.”

Of course we couldn’t end the interview without talking about Tom Cruise and what it was like to fly against Maverick himself. As it turns out, his scenes are even more impressive than it looks onscreen because he had to experience the harshness of G forces three times more than the other cast members. “If you look at the movie, any time Tom is training us, he is flying against all of us the whole time, which means he is flying three times more than any of us and we were gassed after all of these flights. Tom is flying two times a day every day, where we are getting to fly maybe once every other day. So Tom’s stomach and tolerance is really unbelievable.”

TOP GUN: MAVERICK was worth the almost two year wait after COVID-19 delayed its release. I know COVID isn’t over, but I honestly cannot think of a better film to usher in the summer blockbuster season and a celebration of everyone going back to the movies.