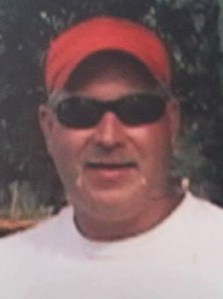 He was born in Franklin on April 18, 1961 to parents Bert Travis Ramsey, Jr. and Catherine Pack Ramsey.

Gary grew up farming with his father and brother where he developed a strong work ethic that proved invaluable in all that he did. In his 20s he pursued a career in the lumber industry that spanned over 30 years. A millwright by trade Gary started his career at Union Camp which was later purchased by International Paper. Following the closure of the International Paper saw mill in Franklin he went to work for West Fraser in Seaboard, North Carolina. Later he transferred to the Newberry, South Carolina saw mill, ultimately returning to Seaboard in 2017 where he retired in January 2021.

Gary loved everything outdoors — hunting, fishing, farming, hiking and boating were among his favorites. His greatest loves were his family and friends. Gary never met a stranger and was always willing to extend a helping hand.

His gardens were big enough to feed his family, neighbors, co-workers and more and he shared his harvest with everyone. He also enjoyed helping others with their gardens, giving advice when to plant, the best fertilizers and how to control pests. When the vegetables were ripened to perfection and ready for harvest he would begin gathering supplies for canning, juicing and freezing. The pantry was always stocked at the Ramsey house.

Gary was also very good with his hands and could build just about anything to make a job easier. After shelling butter beans and then black eyed peas until his hands (and Betty’s) were raw and stained purple he built a motorized bean sheller that made quick work of the task — Betty was especially grateful.

He was a great teacher and shared his vast knowledge of the outdoors, with his wife, children and grandchildren. He taught them how to hunt, fish, garden and to identify the many animals and birds in the woods.

He had a beautiful voice and loved to sing. Gary captured Betty’s heart and convinced her to move to Virginia 18 years ago by singing her to sleep each night. Theirs was a fairy tale love story come true.

His father, Bert Travis Ramsey, Jr. preceded him in death.

He will be greatly missed by the many people who loved him.

A memorial service will be held Saturday, June 18 at 4 p.m. at Wright Funeral Home, 206 W. 4th Ave., Franklin, VA 23851. The family will receive friends one hour prior to the service in the funeral home and suggest that memorial donations be made to www.vawildlife.org.