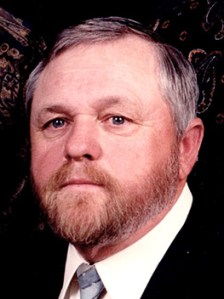 Casey Eugene Sams, 77 of Pamplin, passed away on May 26, at Appomattox Health and Rehabilitation Center. He was the husband of Fay Dickerson Sams.

Born in Johnston City, Tennessee, on March 15, 1945, he was the son of the late Fred Lee Sams and Martha Jones Sams. He served in the Army National Guard and for 44 years safely transported many children as a school bus driver for Appomattox County Schools. Eugene was a lifetime farmer and loved working his land and tending his cattle. In his past time, he enjoyed drag racing, truck and tractor pulls, NASCAR and watching old westerns.

He was preceded in death by a grandchild, Tatum M. Sams; a brother, Coy Roland “Buddy” Sams and a sister, Eleanor S. Godsey.

A memorial service will be held at 4 p.m., Monday, June 6, at Robinson Funeral Home officiated by Pastor David Sexton.

The family will receive friends following the service at Robinson Funeral Home until 6 p.m.