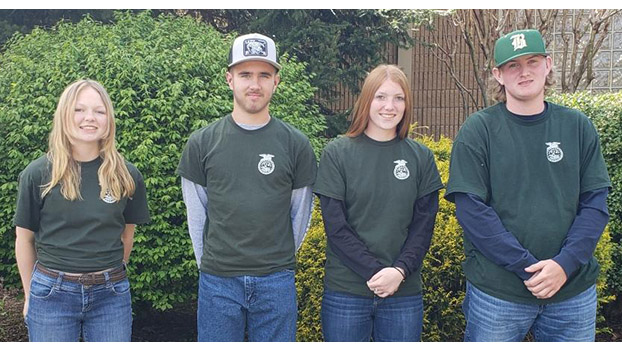 The State Forestry Contest was held at Dabney Lancaster Community College in Clifton Forge on Wednesday, April 20. The forestry contest tests the FFA member’s knowledge on tree identification, equipment identification, estimating volume of trees, and reading topographic maps. In addition to those parts of the contest, members of the senior division had to explain their choice of removing or leaving trees in their timber stand improvement part of the contest, estimating distance by pacing, complete an interview about the impacts of COVID-19 on the agriculture and forestry industries, identify wood species based on a sample, and identify diseases and disorders of trees.

A release noted, “The Buckingham FFA forestry team members would like to express their appreciation to Henry Paris for assisting with coaching the teams as well as Tom Snoddy with the Virginia Department of Forestry for coaching the team.”