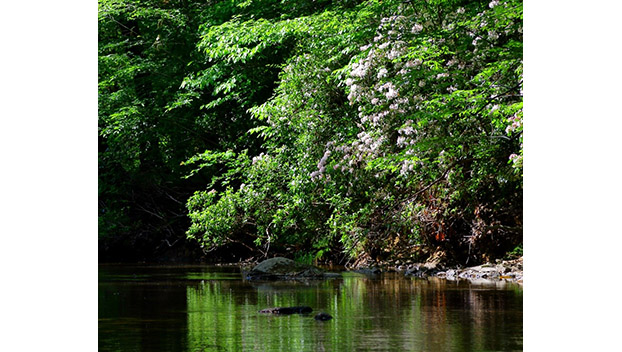 A new regional conservation organization has formed to create nature preserves in Central and Southside Virginia. Tadpole Land & Trail Conservancy (TL&TC) will accept land donations in Prince Edward, Cumberland and other counties to hold them as nature preserves. It will focus on counties that are not served by other non-profits that hold land for conservation purposes.

“The formation of the Conservancy opens many new doors for land preservation in our part of Virginia,” said Dr. William Shear, a member of the TL&TC advisory board who lives in Farmville.

The organization has acquired land in Fluvanna County to create its first nature preserve with public trails. The Virginia Land Conservation Foundation has also approved a grant for partial purchase of the conservation easement for that Ballenger Creek Nature Preserve.

Tadpole is currently raising funds for future nature preserves and trails in Central and Southside Virginia and has until June 30 to match a $100,000 matching gift challenge from a donor.

“There is definitely a need for an organization like TL&TC,” said Sherry Buttrick, assistant director of the easement division of the Virginia Outdoors Foundation. “A number of organizations hold conservation easements, but few are willing to own land outright for the long term for conservation purposes.”

The first TL&TC preserve will be the Ballenger Creek Nature Preserve on 73 acres in Fluvanna County. The preserve will have public trails, that will open once a parking lot is built. The land is owned by TL&TC and the conservation easement will be held by Virginia Outdoors Foundation. In addition to the Ballenger Creek property, TL&TC has had discussions with other landowners who would like for their land to be conserved and valued as a nature preserve.

“In England, there are an average of 2 miles of public footpaths per square mile,” said Dr. Shear. “In England, an area the size of Prince Edward and Cumberland would have over 1,300 miles of public trails. It’s our good fortune in Prince Edward and Cumberland to already have several public trails, including the High Bridge Trail State Park and the Dogwood Trail in Farmville. But as the area grows there will be a need for more recreational opportunities, and trail walking, running or biking are activities that almost everyone can enjoy.”

TL&TC welcomes donations of land in Central Virginia and Southside Virginia and is excited to partner with landowners committed to maintaining access to green spaces for future generations of Virginians. TL&TC is also seeking financial donations for future nature preserves.

Once it has land in Southside, TL&TC will need volunteers who would like to help with trail construction, meadow planting, leading nature walks, and other activities.

National Trails Day is in June and an anonymous donor has offered to match all gifts to TL&TC between now and June 30, up to a total of $100,000. The funds will go toward future preserves and trails in Central and Southside Virginia. Donations may be sent to Tadpole Land & Trail Conservancy, 630 Courthouse Road, Palmyra Va. 22963. Donations may be designated for use in Southside Virginia.

If you have questions, please contact Haden Parish at tadpoleltc@gmail.com.